By September 2015, some 5,000 people were living in a sprawling encampment just outside the French port city of Calais. The camp is in essence a dead-end for migrants who have traversed continental Europe, hoping to infiltrate the city’s underground passage to the United Kingdom. Together with the writer Anders Fjellberg, photojournalist Tomm Christiansen (TED Talk: Two nameless bodies washed up on the beach. Here are their stories) documented the Jungle’s startling growth from the spring of 2015 to the fall. “I guess it’s a feeling of responsibility,” he says of the motivation to capture a bad scene that’s only getting worse. “Once you’ve discovered something that is not right, you get a bad conscience just leaving the subjects.” So he kept photographing. Here he shares some of what he has seen so far.

Fear of deportation is rampant in the Jungle, so most residents keep a low profile. At most, they’ll adorn their tents with a generic description of their native country, Christiansen says. These welcome signs, a startling demand to be noticed daubed by a band of roughly ten Syrian men, took Christiansen aback. Still, the men asked him to lower his camera when he approached. “On the other side of the tent there was a big poster of London Bridge, which was in a way their goal, where they wanted to go,” he says.

“They gave me coffee,” Christiansen says of this group of Libyan men. “They wanted to give me food, and [journalist Anders Fjellberg and I] ended up spending the evening there twice.” Some had met during the boat crossing to Europe; others had met in Calais. “Even though they are not family, they are from the same country and they stick together. They try to get some family feeling of cooking in the evening and having a meal sitting together,” he says. “It’s an attempt to maintain some sort of a normal life.” But the bonds among these groups are fleeting. “Some of them were preparing to pack to go see if it was possible to cross later that night.”

“This man was a contractor in Afghanistan,” Christiansen says. “He did some work for the American forces when they were building campsites, and he was approached by the Taliban after the US troops pulled out of Afghanistan and they tried to kill him, stabbing him with a knife. He barely survived and had to of course run away.” His tent mates, assistants to human traffickers, avoided the camera. “The traffickers have helpers living in the camps so that they can be close to the customers.”

One way to while away the time before a journey

Christiansen was struck by this Sudanese man’s skill with a soccer ball, and even more so by his high spirits. “It was his first trip. He and others were really happy they had made it this far,” he says. “The group was really positive about their chances of getting across to England. I went to see them the next time I went back, and they were all gone.”

The calm before a night’s attempt at escape

Despite the cramped living conditions, large swathes of the camp appear abandoned at first glance. “Everybody’s inside sleeping, waiting for the evening when they will go to try to cross,” Christiansen says. “Now when it’s getting colder, the only place people manage to stay warm is under ten blankets while still in bed.”

Enoch, a Sudanese migrant, helped Christiansen chase away a pickpocket, and then warned the photographer of the distinct chance the thief might return with his friends. “Safety is maintained by numbers from the same country or the same district providing each other with security and looking out for each other,” Christiansen says. There are distinct regions within the Jungle — the Afghan area, the Eritrean area, and so on — and residents generally stay close to those they know.

Pneumonia outbreaks are frequent in the Jungle. This Sudanese man, weakened by a high fever, floored Christiansen with a frank question. “He asked me, ‘Do you think there’s hope for us?’” the photographer remembers. “I’d never heard this question from a grown man before.”

The remnants of the “Old Jungle”

Several hundred meters away from the Jungle is the densely wooded area where the first wave of migrants set up an encampment now known as the “Old Jungle.” In March 2015, a police raid forced the residents to leave in a hurry, leaving behind tents, shoes, bags and train tickets. “It was a strange feeling to walk through the woods, where you could see that hundreds of people had been living in a very confined area, and that they had obviously left everything,” says Christiansen.

British and French police have banded together in an attempt to halt the flow of migrants through the Eurotunnel. Nonetheless, the refugees try again each night. Those who fail to evade police return to the camp on foot. “It’s about a two-hour walk,” Christiansen says.

In every traffic jam, an opportunity

Refugees look for opportunities to stow away on vehicles heading to the United Kingdom; police try to stop them. “This is just an ongoing battle every time there’s a traffic jam,” Christiansen says. Some human traffickers even provide a traffic prediction service, telling migrants when and where to assemble for their best shot at slipping into an idling truck. Top dollar (anywhere from 500 to 2,000 Euros) gets a ride to a parking lot outside the city where the trucks begin their journey through the Eurotunnel. Police search trucks frequently, dispatch dogs and levy fines against drivers who bring migrants across the border. Still, Christiansen noted that on his last trip to the Jungle in September 2015, a traffic snarl alongside the camp drew an outpouring of hundreds of people desperate to make their way across the English Channel. 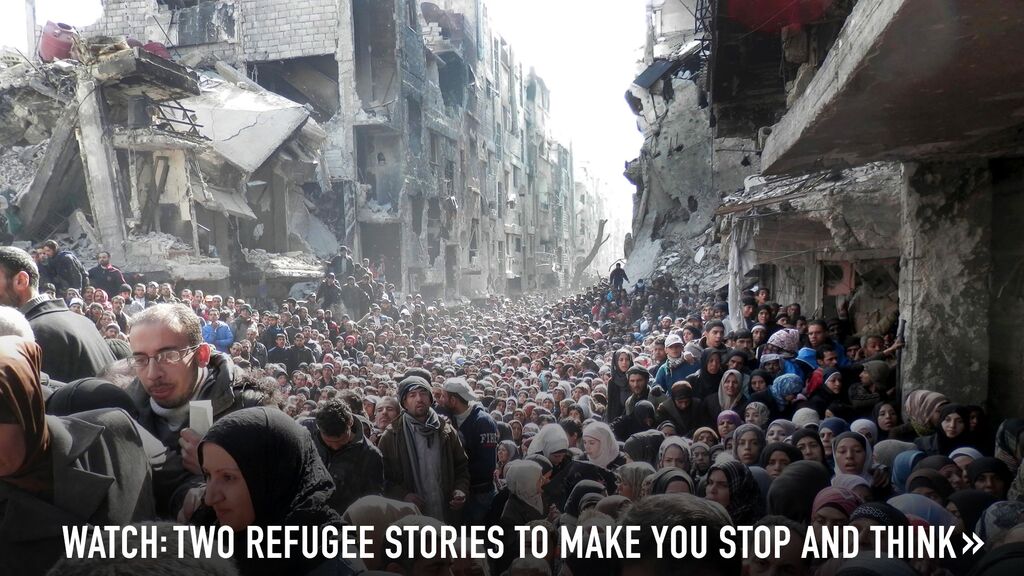 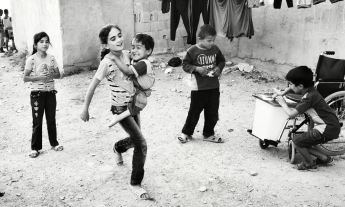 These families are just like yours — with one important difference