You’re isolated, confined and enveloped in darkness. You gradually lose your sense of time. You can’t afford to lose your bearings. And then there’s the risk of exposure to radioactive gas. “You have high radiation levels in the space station, and you can have also high radiation levels underground,” says Francesco Sauro, a speleologist (translation: cave scientist) who leads six astronauts on an annual spelunking expedition in Sardinia. (Sauro would rather not disclose the cave’s exact location, lest tourists come and spoil the pristine ecosystem.) There in the cave, astronauts practice doing science in extreme conditions not unlike that of space. ”Space is a real frontier,” Sauro says, “but there is still a lot to explore on Earth.” Here’s how the exploration unfolds over six pitch-black days underground.

Tether up and buddy up

The descent to base camp involves a careful choreography of ropework and group movement. “They have to use safety lines exactly as they do outside of the space station, where the risk, and it’s a big one, is to lose contact.” The treacherous terrain forces the team to move as a unit, so that no one ever winds up alone amid the slick rocks, loose boulders and vertical shafts. “The group has to move at the velocity of the slowest person,” Sauro says. Photo: ESA/V. Crobu.

First, the team acclimates to the darkness at base camp — which, in terms of travel time, is even more remote than the International Space Station. An emergency ascent would take upwards of a day, compared with the six- to eight-hour flight back to Earth. “In terms of time spent to reach a place, the caves are still one of the farthest places that you can go in our planet,” Sauro says. At base camp, the team learns to move within the narrow compass of lanterns — and not to take solo strolls. Photo: ESA/V. Crobu.

The expedition brings together a multicultural team of astronauts from European, Japanese, Canadian and American space agencies, “which is what actually happens in the International Space Station,” Sauro says. “They have to manage the language [barriers] and different cultural attitudes.” Planning is essential. There are no helplines in the deepest recesses of the caves, so every question has to be answered before smaller teams fan out for field experiments. Photo: ESA/S. Sechi.

Scraping the walls for signs of life

The instrument that NASA astronaut Mike Barratt is holding that resembles a glowing Q-Tip is, in fact, a sampling tube for microbes. Caves are teeming with undiscovered specimens. “A high percentage, like thirty, forty percent are unknown,” Sauro says. But to spot one, the team has to sample liberally through a variety of environments, from muddy walls to dry sand to water and air. It’s delicate work. Astronauts have to approach the environments at arm’s length to avoid inadvertently sampling their own microbes, which has happened in the past. In these experiments, they’re following directions from microbiologists back on the earth’s surface. ”They are not scientists,” Sauro says, “but they work as an arm of the scientists in a very far place.” Photo: ESA/V. Crobu.

Astronauts placed this collection dish below a steady drip of water from the cave’s ceiling. The tube draws water through a filter, which can catch microscopic insects. “Inside extremely small fractures of the rock, you can have life,” Sauro says.  In 2012, astronauts on one of Sauro’s expeditions discovered a new species of cave-dwelling isopod, roughly a millimeter long. That’s one small step for biologists, who frequently discover new species of insects (in 2012, new cave isopods were also discovered in Iran and Turkey), but for astronauts, it’s a unique opportunity to experience the thrill of catching and identifying a previously unknown life form. Photo: ESA/V. Crobu.

This wind station picks up air currents blowing in from unexplored recesses of the cave. “There’s a lot of air currents moving through the system because it probably has different entrances we don’t know about,” Sauro says. “By studying these air masses moving through the cave, you can understand something about the volume of the cave” — and a sense of just how much they have yet to explore. Photo: ESA/V. Crobu 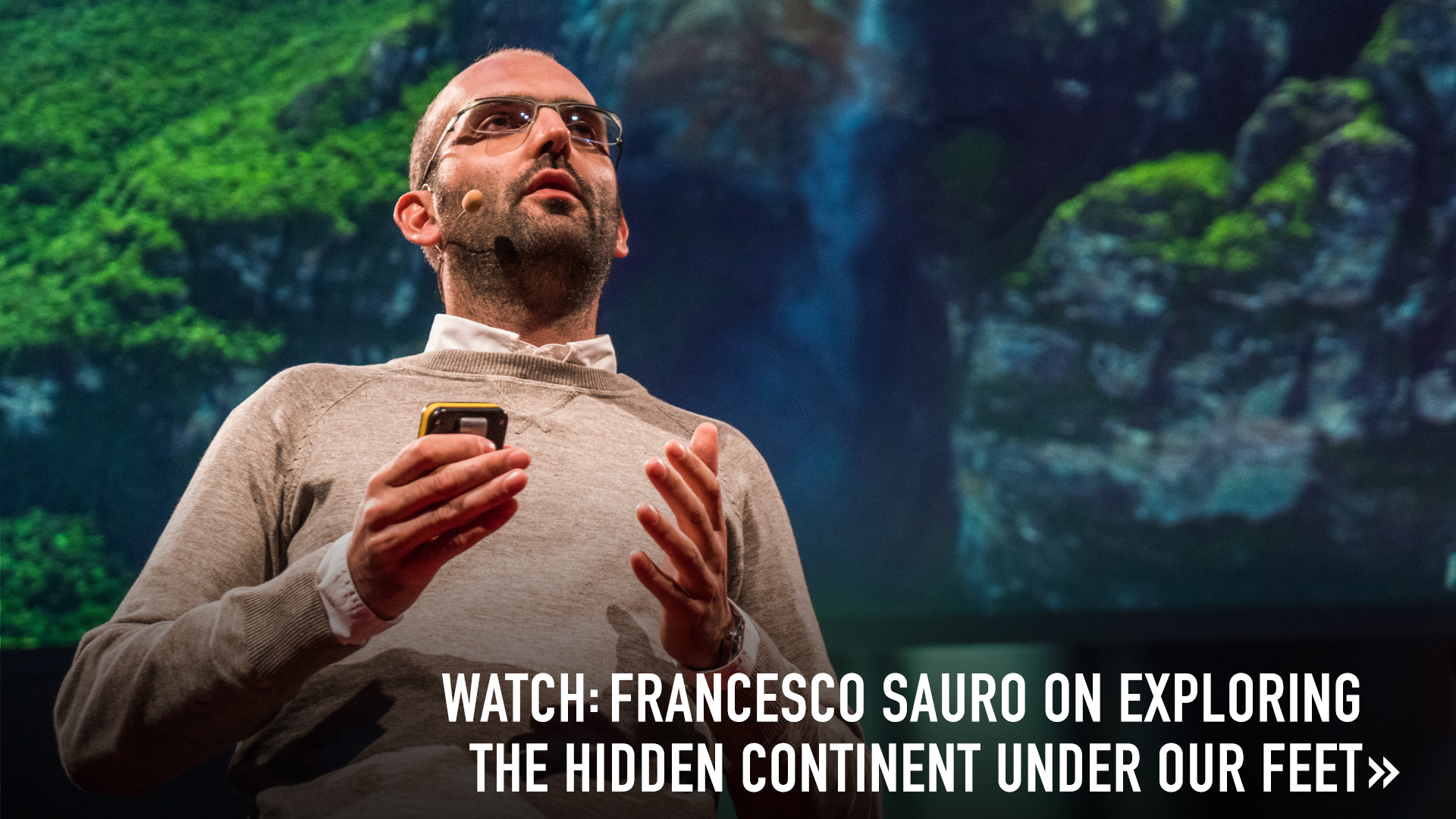 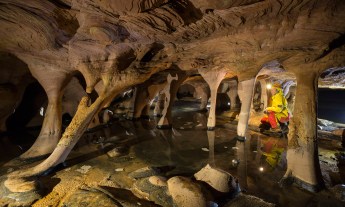