Filmmakers Jenni Chang and Lisa Dazols share candid photos and descriptions of people they met around the world — on their quest to document the global diversity of LGBTQ experience.

In 2011, Jenni Chang and Lisa Dazols (TED Talk: This is what LGBT life is like around the world) traveled across Asia, Africa, South America and Australia to speak with people across the international LGBTQ landscape, seeking out people who’ve shaped the community through their activism, courage, resilience and determination. They captured their three-year odyssey in a documentary titled Out and Around. Here are several of the people they met along the way — and their different perspectives of the LGBTQ experience.

Jean Wyllys became a household name after appearing on Gran Hermano, Brazil’s version of Big Brother. After the show, the journalist used his celebrity status to run for political office, becoming the first (known) gay member of Brazil’s conservative Parliament. Sometimes compared to the United States’ Harvey Milk, in 2013 he was the primary voice opposing a bill that would allow doctors to treat being gay as a psychological disorder and try to “cure” it. (The bill was ultimately withdrawn.) Wyllys thinks that many people outside of Brazil believe his country to be an LGBTQ oasis because of the general openness of its culture and the flamboyance of the Carnival in Rio. However, that is not entirely the case, he says. He was driven to become politically active because of the ongoing occurrence of hate crimes in Brazil and a societal shift to more fundamentalist religious values.

Prince Manvendra Singh Gohil is the first out gay member of India’s royal family. After he came out in 2006, his family publicly disowned him, resulting in a mental breakdown and hospitalization. A few years later, after his recovery, he decided to create a community and second family for other people rejected by their loved ones. Now he runs an HIV education organization and has founded a retirement home for the LGBTQ community in his town, Rajpipla (in Gujarat in northeast India)  — it’s the first of its kind in Asia.

Xiangqi founded the Shanghai Nvai, the city’s only group for Chinese lesbians, as an online website and chatroom in the 1990s. Back then, LGBTQ people were often afraid to meet in public so the website was a refuge for women who were questioning their sexuality, or apprehensive about coming out. In the 2000s, Nvai began holding in-person meetings, which have since become a welcome opportunity for the community to gather. Their original meetup spot was demolished due to the city’s modernization, so Xiangqi now hosts them in her apartment. “When I first started the website, I never thought that I would become a lesbian community organizer,” she recalls. “Everything was still so secretive. But I began to learn about the gay movement in Hong Kong and Taiwan and talked to people from other countries, and my own attitude began to change. These new perspectives pushed me forward.”

Solomon Wambua is the programs officer at the Gay and Lesbian Coalition of Kenya (GALCK), the largest LGBTQ organization in the country. A faith-based organization, GALCK is a private, safe place to receive counseling and education. Coming out was not an easy process for Wambua, whose mother told him “the devil was surely living in our house.” She was also worried about family judgement and shame. If a person is gay, Solomon explains, many Kenyans mistakenly believe that they must be engaging in pedophila or sodomy. Homosexuality remains against the law in his country.

Argentina: Ahead of the curve

Argentina was among the first countries in the world to pass a law that allows an individual to change their gender without a doctor’s letter (required in most nations); Kalym Soria was one of the activists behind this law. A transgender man, Soria has felt great joy at seeing other people being able to change their gender simply by filling out a few forms at a government agency. Argentina is one of the world’s leaders in LGBTQ rights — in 2010, it became the first country in Latin America (and the second in the Americas) to legalize equal marriage.

Philippines: Accepted — but only as entertainment

The Philippines is known as being more accepting of the LGBTQ community than other Asian countries — but only as long the community stays within certain boundaries. As a well-known actor in his country, Manny Castaneda expressed frustrations with how gay people are perceived in Filipino culture. Most of the roles he played are characters who conform to a gay stereotype; he’s had little opportunity for acting work that would allow him to grow. In her interview with him for the documentary, Dazols made this pointed remark: “Everyone wants a gay best friend, but no one wants a gay lawyer. No one wants a gay teacher, but everyone loves a gay comic, a gay hairdresser.”

Australia: A judge, out and proud

When Michael Kirby retired in 2009, he was the longest serving judge in Australia’s High Court. Since his retirement, he has been appointed by the United Nations Human Rights Council to lead a commission investigating human rights abuses in North Korea. But when asked to name his happiest achievement, he cited his relationship with his partner, Johan. “My life is an illustration that you can be gay and be a top performer, serve your country, be a hard worker, a good citizen,” he said. “People just need to butt out and stop interfering.”

Bhumika Shrestha was born and raised as a boy in rural Nepal, but at the age of 12, she started presenting herself as a girl and changed her name. Her mother supported her, and the two continue to live together as Bhumika works in the LGBTQ community. Now, Bhumika is a well-known activist for transgender and third gender rights. She works as a counselor at the Blue Diamond Society (a LGBTQ rights organization), and in 2010, she became a leading member of the Nepali Congress, a highly influential political party. Though Nepal has made great strides in passing progressive gender laws — in 2007, the Supreme Court of Nepal legalized same-sex marriage and established an official third gender that is recognized on all government documents — Bhumika still faced difficulty in obtaining a new ID card to reflect her gender identity due to Nepal’s recovering political infrastructure.

Argentina: The filmmakers pause their travels

Lisa Dazols (left) and Jenni Chang posed for this photo in Argentina while on a sightseeing detour to the glaciers in Patagonia. The ultimate goal of their voyage was to connect with something larger than themselves — the global LGBTQ community — and to show it to an international audience in order to increase understanding and acceptance. This includes self-acceptance as well. As Lisa says, “Once you see other people whom you can empathize with, who are living and thriving in their lives, you’re like, ‘Oh wow, I could have that, too.’” 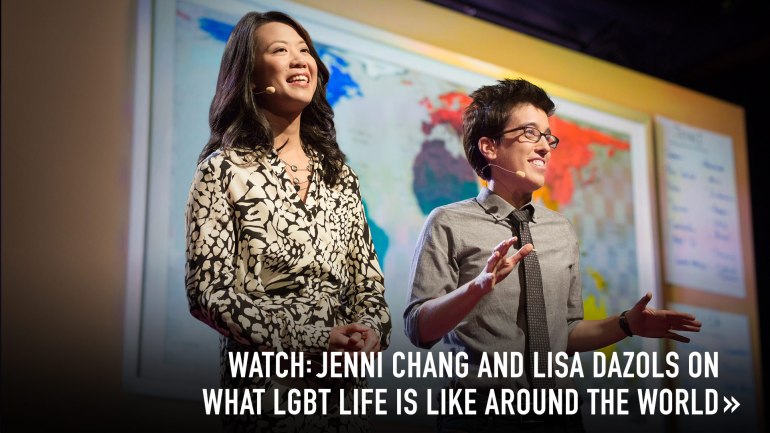 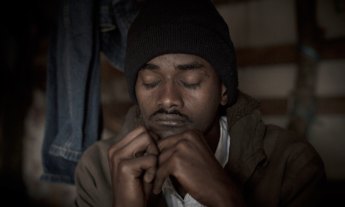 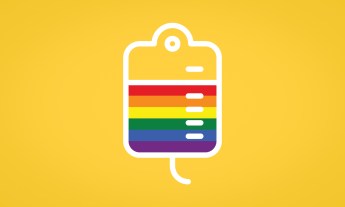 Homophobia in our blood