How we treat Ebola — and why we must do better 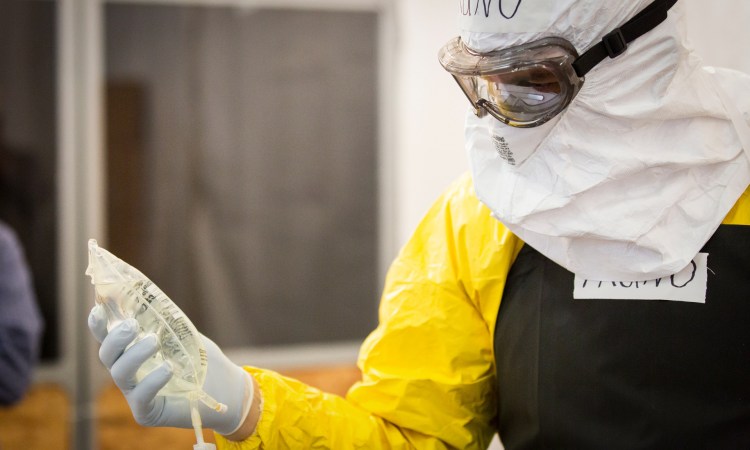 When Dr. Steven Whiteley landed in Monrovia, Liberia, last fall, he wasn’t sure what to expect. He knew that he’d be treating Ebola patients, but he wasn’t sure what he’d see when he got to the treatment center, the only one in Bong county in the north central region of the country. He hadn’t even been trained in any of the medical protocols. Those, he learned on site.

But Whiteley, a grizzled, understated man with a dry sense of humor, remained unfazed. Even when the medical director went on leave the next day, leaving another doctor who’d been there for just a week as the de facto lead of the center, he didn’t flap. “They want people who have experience and people who are self-sufficient and low maintenance and who can just go in there and get on with things,” he says of jumping in to treat an epidemic that no one was quite sure could be contained.

For the non-medical among us, the question of why doctors head into the heart of an epidemic remains somewhat baffling. But for Whiteley, an ER physician in Vallejo, California, the answer is obvious: You do what you can, and in his case, that’s to bring medical expertise and care to those who need it. But while he might be sanguine about the personal risks he takes, he’s also upfront about the discomfort of working in these conditions.

“Every time you put on the suit, you have this moment of, ‘I’m hot and I’m going to get hotter,’” he recalls of his 5-week trip to Liberia last fall. “But once you walk in and start taking care of patients, except for the most uncomfortable parts like when the mask gets wet and it’s hard to breathe, or your goggles get foggy and sweaty and you can’t see, the rest of the time you’re focused on the other side of your suit, not the inside of your suit.”

That’s why Whiteley is here at TED in Vancouver, sitting in a grubby replica of an Ebola field hospital put together by the team at gatesnotes.com. Here, attendees get to experience a simulacrum of treating Ebola … the donning of the full body cover, the double gloves, the boots, the mask, the goggles, the attempt to do normal things while hampered by all the equipment. Tying a shoelace is a feat. Dishing out individual pills while wearing multiple pairs of rubber gloves would be laughably hard if it weren’t for the context. Taking off all of the above without touching the clean clothes or flesh underneath is a party game with potentially lethal consequences.

It is, to be honest, one of the weirder conference booths of all time. But as Bill Gates, who went through the whole suiting up process himself, said onstage at TED, we need to be aware of the current, often makeshift approach to treating disease epidemics — and we need to do better. “We’re not ready for the next epidemic,” he said. “The failure to prepare could allow the next epidemic to be dramatically more devastating than Ebola.” 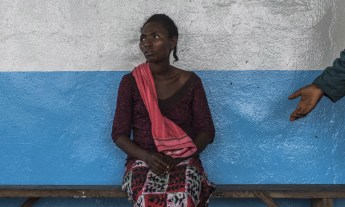 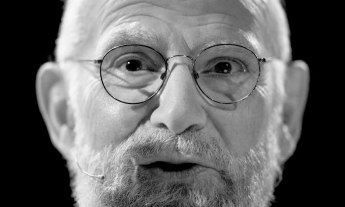 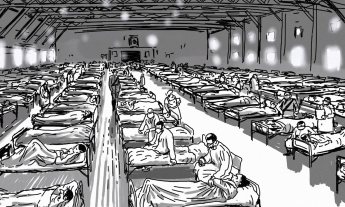