If you really want to remember a moment, try not to take a photo 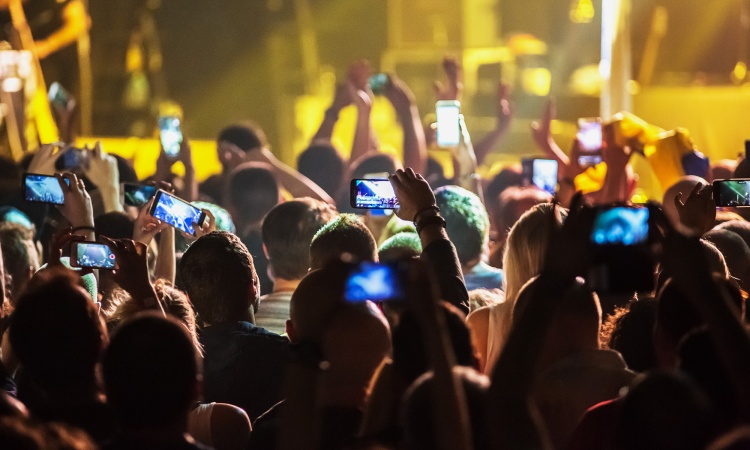 People worldwide upload more than one billion images a day, preserving their memories to enjoy them in the future. But it turns out: all our photography may be obstructing our recall, says tech podcaster Manoush Zomorodi.

When it comes to obsessional tech habits, photo-taking probably isn’t the worst for relationships. If you’re not gazing into someone’s eyes, at least you’re pointing an iPhone at them. But how does that persistent need to capture the moment — which so many of us feel — change how we actually experience the moment, both in the present and when we try to recall it down the line? The answer is quite illuminating.

One of the major reasons we take photos in the first place is to remember a moment long after it has passed: the birth of a baby, a reunion, a pristine lake. In 2015, I conducted a Bored and Brilliant Project — in which I challenged people to detach from their devices in order to jump-start their creativity — with more than 20,000 listeners of Note to Self (the podcast about technology that I host).

When I surveyed participants, many said they used photos as a “memory aid.” They took pictures of things like parking spots or the label of the hot sauce at a restaurant to buy later. However, every time we snap a quick pic of something, we could in fact be harming our memory of it.

In one study, students were told to take photos of objects at a museum — and they remembered fewer of the overall objects they had photographed.

Linda Henkel, a professor of psychology at Fairfield University in Connecticut, studied how taking photos impacts experience and memory. She crafted an experiment using a group of undergraduates on a guided tour of the university’s Bellarmine Museum of Art. The students were asked to take photos of objects that they looked at on the tour and to simply observe others.

The next day, she brought the students into her research lab to test their memory of all the objects they had seen on the tour. Whenever they remembered a piece of work, she asked follow-up questions about specific visual details.

The results were clear: Overall, people remembered fewer of the objects they had photographed. They also couldn’t recall as many specific visual details of the photographed art, compared to the art they had merely observed.

“When you take a photo of something, you’re counting on the camera to remember for you,” Henkel said. “You’re basically saying, ‘Okay, I don’t need to think about this any further. The camera’s captured the experience.’ You don’t engage in any of the elaborative or emotional kinds of processing that really would help you remember those experiences, because you’ve outsourced it to your camera.”

In other words, if your camera captures the moment, then your brain doesn’t. Henkel came up with a frightening term for this phenomenon: the “photo-taking-impairment effect.” Okay, okay. Of course you’d remember things better if you were completely in the present, hyperaware of every detail, like some supreme Zen master. But isn’t that what photos are for? To refresh our fallible memories?

Who hasn’t dumped photos from a trip into Dropbox and promised to make an album — only to never look at them again?

Henkel doesn’t disagree that the purpose of outsourcing our memory to devices can free up our brains to do other cognitive processing. The problem is, she says, “We’re constantly going from one thing to the next to the next.” So instead of outsourcing so we can focus our attention on more important tasks, “we have this constant stream of what’s next, what’s next, what’s next and never fully embrace any of the experiences we’re having.”

Nonetheless, Henkel and her student Katelyn Parisi ran another study to see what happens to memory when people have photos to remind them of a moment or object. Although, in the real world, Henkel rightly observes, “We’re so busy capturing photos that afterwards we don’t actually look at them.” Who hasn’t dumped a bunch of photos of a graduation or trip into Dropbox and promised to make an album only to never look at them again?

This time when people took a tour of the museum, they were asked to take two kinds of photos: those of the objects in the exhibit alone and those with them standing next to the objects. Afterward, Henkel had the subjects look at all the photos and interviewed them on their memories of what they saw.

“It turns out that it actually changes your perspective on the experience, whether you’re in a photo of it or not,” Henkel said. If you are in the image, you become more removed from the original moment — it is as if you are an observer watching yourself doing something outside yourself. Intriguingly, if you are not in the image, you return to the first person, reliving the experience through your own eyes, and you remember more.

Professor Linda Henkel is sure: cameras, as amazing as they are, can’t compare to what the brain is capable of with input from the eyes and the ears.

How taking photos affects our understanding of ourselves and of the things we are photographing is still a big question mark. But as a result of her experiments, there is one thing Henkel is sure of. “Cameras, as amazing as they are, can’t compare to what the brain is capable of with input from the eyes and the ears,” she said. “Cameras are a lesser version of the human information-processing system.”

However, there was one way in which taking pictures did not erode people’s memories in Henkel’s experiments. In the art museum study, “when participants zoomed in to photograph a specific part of the object, their subsequent recognition and detail memory were not impaired, and, in fact, memory for features that were not zoomed in on was just as strong as memory for features that were zoomed in on,” the professor wrote. “This suggests that the additional attention and cognitive processes engaged by this focused activity can eliminate the photo-taking-impairment effect.”

Why not challenge yourself to a photo-free day? For 24 hours, see the world through your eyes, not your screen. Take absolutely no pictures — not of your lunch, your children, your cubicle mate, or that beautiful sunset. No photo messages. No cat pics. Instagrammers, it’s gonna get rocky. Snapchatsters? Hang in there. Everyone is going to be okay. I promise.

Those of you who take one picture a month — like my mother — will find this challenge a breeze. But before you get too smug, know that this might be harder than you think. Many people reported they took pictures way more, and way more mindlessly, than they had previously imagined. But you will experience rewards for your sacrifice. “Sure, the world does want to see my adorable grandchildren and gorgeous children,” Beth in Indiana wrote us. “However, it’s been a liberating twenty-four hours!”

If a participant in my Bored and Brilliant photo-free challenge were given a prize for the day, it might have to be Vanessa Jean Herald, whose green Subaru skidded off the highway and into a snowy ditch during her one-hour commute between the southern Wisconsin farm where she lives and her job in Madison. Although she had to wait more than two hours in frigid temperatures for a tow truck to arrive, Herald did not lose her resolve!

“I placed my necessary emergency calls, sent some texts to let folks know I was okay, and then just sat,” she wrote. “Sure, my gut reaction was to snap a picture of the car sitting in the ditch and covered with thrown snow for Instagram. Or, to snap a photo of the cool way the red and blue lights of the sheriff’s car blinked in my rearview mirror and lit up the roadway as the day turned to night through my two-hour mandatory break from life. But thanks to today’s challenge, instead I chilled out, took it all in, and then pulled out my writing notebook to jot down a story about how the best-laid plans sometimes end you up in a ditch on the side of the road.” [Place imaginary photo of green Subaru in a snowy ditch on the side of the road here.]

Don’t worry if your photo-free inspiration doesn’t spill out in a well-formed story like Herald’s. And it’s okay to be uncomfortable, hostile or bored without photos to fill your day. Just use your brain instead of your phone. No one is going to “heart” or “like” whatever goes on up there, except for you.

And if you want a deeper detox from digital images, avoid all photo proliferation for the day — meaning you can check out images on social media, but don’t “like” or retweet them. Just take a good look, and maybe a (mental) picture.

Excerpted with permission from the new book Bored and Brilliant: How Spacing Out Can Unlock Your Most Productive and Creative Self by Manoush Zomorodi. Published by St. Martin’s Press. Copyright © 2017 by New York Public Radio.

Manoush Zomorodi is currently the host of NPR’s TED Radio Hour and cofounder of Stable Genius Productions. She also produces and hosts ZigZag, the TED Audio Collective business podcast about being human. Investigating how technology and business are transforming humanity is Manoush’s passion and expertise. Her book Bored and Brilliant: How Spacing Out Can Unlock Your Most Creative Self and her TED Talk are guides to surviving the attention economy. To learn more about Manoush and her work, visit manoushz.com 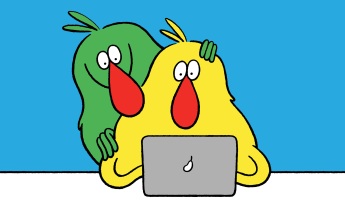 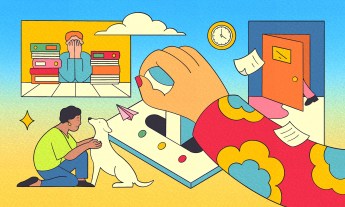 Have you quietly quit? Your next step: Go to the neutral zone 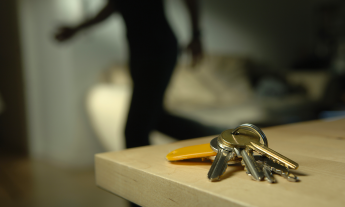 3 types of normal forgetting -- and 1 that isn’t 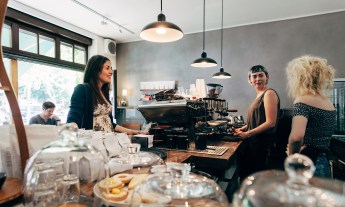 Why talking to strangers is good for you, them and all of us