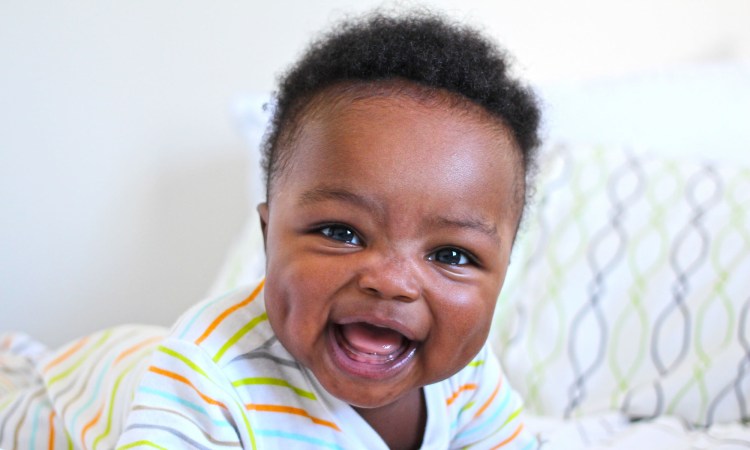 Babies start laughing before they can speak, and this delicious sound just may serve as a powerful source of human communication and connection, says psychology researcher Caspar Addyman.

There are few sweeter sounds in this world than a baby’s laugh. As it turns out, provoking their giggles has little to do with splashy toys or silly jokes. In fact, the essential ingredient is both simpler and more profound. That’s according to British researcher Caspar Addyman, who spends his days investigating this wonderful question: What makes babies and young children laugh?

Babies laugh before they talk, which makes laughter one of the earliest clues as to how we humans experience the world. This is what first interested Addyman, a lecturer in developmental psychology at Goldsmiths, University of London and director of the Goldsmiths InfantLab. He wanted to study how babies learn, but, unlike a scientist working with adult subjects, “You can’t ask babies questions or get them to press buttons,” he says.

While babies typically say their first words when they’re between 9 and 12 months old, studies have found they begin laughing much earlier — at just 3 months. Addyman, who doesn’t have children of his own, was inspired by this fact and by watching his sister joking and laughing with her baby daughter. He wondered if laughter could be “a new way into seeing what babies were thinking about.”

As a first step into this field, Addyman collected parents’ observations of their babies’ laughter (in his research, he classifies babies as children up to 30 months, or two-and-a-half years old). From September 2012 to November 2013, they sent in answers to his questions: When did their babies first laugh? What situations do they find the funniest? What toys and games made them laugh the most? About 1,500 mothers and fathers from 62 countries across the globe — including the Philippines, Zambia, Uruguay and Australia — responded and some sent in short videos. Addyman was reassured to have them confirm their children began to chuckle at three months.

There is one game that babies all around the world find a laugh riot. Contenders for most hilarious game included such heavyweights as making silly noises or playing with puppets. The hands-down winner, even across different countries, was … peekaboo. Addyman was intrigued. He didn’t think its power was just its ability to surprise. Because while young babies may think the other person actually disappears when they hide behind their hands and get shocked into giggles when the hider reappears, older babies, such as two-year-olds, aren’t fooled — and yet they still find it absolutely hilarious.

A key ingredient that fuels early laughter: Sharing. This became clear in a lab study of laughter with preschoolers. For the experiment, Addyman observed how children aged between 2-and-a-half years old and 4 years old reacted to a funny cartoon when they watched it alone, with one other child, and in a group. Children laughed eight times as much when they were with another child than when they watched the cartoon on their own — even though they reported that the cartoon was just as funny in both situations.

Addyman had expected that a child’s laughter would increase with company. But interestingly, the children didn’t laugh any more in a big group than they laughed with just one other person. This suggested to him that laughter is more than a contagious reaction; instead, it’s “a signal to someone else that’s there,” he says. “The main reason they’re laughing is to communicate that they find this funny.” For example, when preschoolers watched the cartoon alone, they sometimes looked around and tried to catch the researcher’s eye during funny moments.

The need to communicate with laughter may have deep roots in our development as a species, speculates Addyman. Evolutionary biology suggests it’s a way for humans to share with other humans — and thus, to belong. While he is still teasing out why children needed to signal their enjoyment of the cartoon to whoever was there, he thinks it has to do with the idea, raised by Oxford University anthropologist and primatologist Robin Dunbar, that laughter could be a replacement for the earlier primate behavior of grooming. “Grooming was a one-on-one, unfakeable investment of time in somebody else,” explains Addyman, and it created trust among group members as well as a sense of community.

Laughter is similarly difficult to fake. But while you can’t groom a bunch of people at the same time, you can share laughter — and the pleasant feelings that come with it — with many individuals at once. “It’s a genuine signal that you send when you’re in a relaxed and comfortable situation,” Addyman says. Seen this way, mutual merriment can serve as both social cue and social glue: Laughter makes you feel like you belong. And if laughter is an important social interaction for adults, he adds, “it goes double for babies, where they don’t have as many other ways to connect.”

If peekaboo fails, try tickling — but please limit it to the babies you know. The importance of a sense of belonging explains another result from Addyman’s original survey. In it, tickling was the most popular answer to the question: “What is the one thing sure to make your baby laugh?”

While the physical stimulus is an important factor, Addyman says, once again, the social context for tickling is even more so. He cites none other than Charles Darwin, one of the first scientists to study children’s laughter, who wrote in his 1872 work, The Expression of the Emotions in Man and Animals, “a young child, if tickled by a strange man, would scream from fear.” “You can just imagine Darwin going out and proving that to himself in Victorian parks,” Addyman jokes. “A big strange man with a beard coming up to you would not be pleasant,” because tickling only works “with someone that the baby knows very well.”

So, what really makes babies laugh? “My one-word answer is ‘people,’” Addyman says. “If you want to make it two words, it’s ‘adult attention.’ Or, ‘human connection.’” Take peekaboo, for instance: compared to other games, such as making funny noises or using puppets, it is, he explains, “pure social interaction — it really is about the eye contact and the connection with the baby.” As anyone who’s played peekaboo knows, the key moment is when, as Addyman puts it, “you come back into eye contact with them, and the fact you’re keeping the game going is delightful and causes them to laugh.” The baby’s laughter is their way of sharing and rewarding you for this prolonged attention. “They’re having a conversation with you,” he says.

But we’re still very much on the frontier when it comes to the science of baby laughter, says Addyman. For his next study, he wants to find out whether repeating a joke affects how babies laugh. To do so, he has launched a citizen science study using a platform developed by the Massachusetts Institute of Technology. The study launched in March 2019, and will be open for at least four months. Anyone with a webcam can participate. Following a script, parents try out different jokes on their babies as their webcam records the interaction; Addyman’s team will study the videos and look at how parental engagement and joke timing play into the process.

Among the broader questions that he hopes to explore someday is: How does a baby’s laughter play a role in their learning process? He thinks laughter could be an expression of what psychologist Mihaly Csikszentmihalyi calls “flow,” a joyful state which involves alert engagement with a task and a feeling of control. Babies “seem like they’re being made happy when they get something new,” Addyman says. Given laughter’s social power, it could be that babies laugh to reward other people for staying engaged in the learning game and for helping them forward. Their delight, and the help they continue receiving because of it, are, he adds, “part of what drives them forward to master the next thing, gradually achieving greater and greater mastery over the world.”

Addyman’s research has inspired a play specifically written to make babies burst into laughter. Director Sarah Argent of London’s Polka Theatre wanted to create a play about baby science for an audience of — oh, yes — babies, so she visited Addyman’s lab to learn from his work. Over several months, he and two PhD students were scientific consultants, making suggestions such as how to use peekaboo and bubbles (“our secret weapon in the lab,” Addyman calls it) to grab the attention of very young theatergoers.

In the 45-minute piece titled Shake, Rattle and Roll, which was staged in 2016, an actress explores an environment based on Addyman’s lab and plays with different experiments, including a family of rubber ducks. Before the performance, he notes, the actress personally introduced herself to every baby in the audience, and after that, the babies couldn’t take their eyes off her and they broke up at her antics. He says he can’t take credit for suggesting she do this, but its effectiveness reinforces the importance of engagement when it comes to tickling children’s funny bones. “When we’re thinking about laughter, we’re always thinking about, what was funny, what was the joke,” Addyman says. “But actually there doesn’t have to be a joke a lot of the time.”

Addyman admits that, because of his job, he’s become a good “baby wrangler”. He adds, “I think I can confidently say, ‘Yes, I can make most babies laugh.’” One day, however, his niece — the baby that helped inspire his research, came to visit. She showed that Addyman shouldn’t quit his day job to be a full-time baby wrangler just yet. “She was completely unimpressed by our studies,” he says wryly. 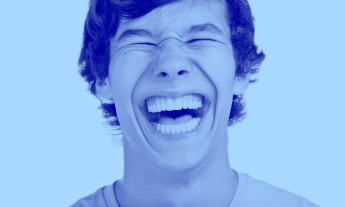 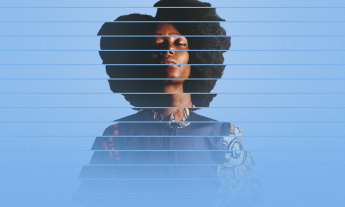 Feeling emotionally exhausted? 6 things you can do to release your stress 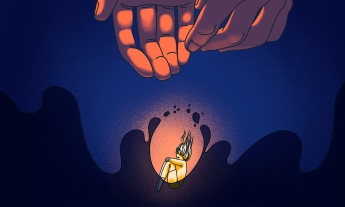 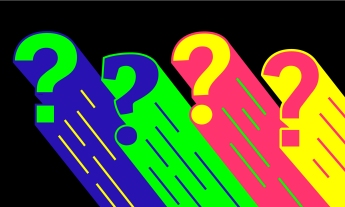