Where does consciousness come from? And how do our brains create it? A look at one of life’s biggest mysteries 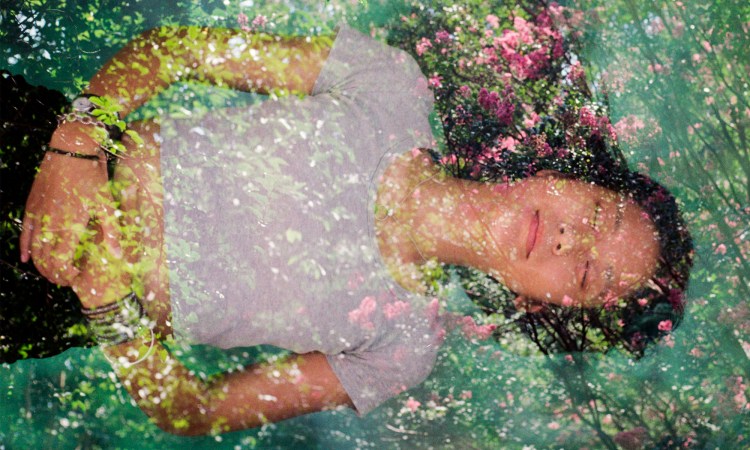 Five years ago, for the third time in my life, I ceased to exist.

I was having a small operation, and my brain was filling with anesthetic. I remember sensations of blackness, detachment and falling apart …

General anesthesia is very different from going to sleep. It has to be; if you were asleep, the surgeon’s knife would quickly wake you up. States of deep anesthesia have more in common with catastrophic conditions like coma and the vegetative state, where consciousness is completely absent.

It’s an act of transformation, a kind of magic: Anesthesia is the art of turning people into objects.

Under profound anesthesia, the brain’s electrical activity is almost entirely quieted — something that never happens in normal life, awake or asleep. It is one of the miracles of modern medicine that anesthesiologists can routinely alter people’s brains so that they enter and return from such deeply unconscious states. It’s an act of transformation, a kind of magic: Anesthesia is the art of turning people into objects.

The objects, of course, get turned back into people. So I returned, drowsy and disoriented but definitely there. No time seemed to have passed. Waking from a deep sleep, I am sometimes confused about the time, but there is always the impression that at least some amount of time has gone by, of a continuity between my consciousness then and my consciousness now.

Yet under general anesthesia, things are different. I could have been under for five minutes, five hours, five years — even fifty. And “under” doesn’t quite express it. I was simply not there, a premonition of the total oblivion of death, and, in its absence of anything, a strangely comforting one.

I was simply not there, a premonition of the total oblivion of death, and, in its absence of anything, a strangely comforting one.

General anesthesia doesn’t just work on your brain or on your mind. It works on your consciousness. By altering the delicate electrochemical balance within the neural circuitry inside your head, the basic ground state of what it is to “be” is — temporarily — abolished. In this process lies one of the greatest remaining mysteries in science, and in philosophy too.

How does this happen? Why do we experience life in the first person?

Imagine that a future version of me, perhaps not so far away, offers you the deal of a lifetime. I can replace your brain with a machine that is its equal in every way, so that from the outside, nobody could tell the difference. This new machine has many advantages: It is immune to decay, and perhaps it will allow you to live forever.

But there’s a catch. Since even future-me is not sure how real brains give rise to consciousness, I can’t guarantee that you will have any conscious experiences at all, should you take this offer.

Without consciousness, it may hardly matter whether you live for another 5 years or another 500.

Of course, since your machine-brain leads to identical behavior in every way, when I ask new-you whether you are conscious, new-you will say yes. But what if, despite this answer, life — or you — is no longer in the first person?

I suspect you wouldn’t take the deal. Without consciousness, it may hardly matter whether you live for another 5 years or another 500. In all that time, there would be nothing it would be like to be you.

Philosophical games aside, the practical importance of understanding the brain basis of consciousness is easy to appreciate. General anesthesia has to count as one of the greatest inventions of all time. Less happily, distressing disturbances of consciousness can accompany brain injuries and mental illnesses for the increasing number of us, me included, who encounter these conditions. And for each one of us, conscious experiences change throughout life, from the blooming and buzzing confusion of early life, through the apparent though probably illusory and certainly not universal clarity of adulthood, and on to our final drift into the gradual — and for some, disorientingly rapid — dissolution of the self as neurodegenerative decay sets in.

Is consciousness possible without self-consciousness? And if so, would it still matter so much?

At each stage in this process, you exist, but the notion that there is a single unique conscious self (a soul?) that persists over time may be grossly mistaken. Indeed, one of the most compelling aspects of the mystery of consciousness is the nature of self. Is consciousness possible without self-consciousness? And if so, would it still matter so much?

Answers to difficult questions like these have many implications for how we think about the world and the life it contains. When does consciousness begin in development? Does it emerge at birth, or is it present even in the womb? What about consciousness in nonhuman animals — and not just in primates and other mammals, but in otherworldly creatures like the octopus and perhaps even in simple organisms such as nematode worms or bacteria? Is there anything it is like to be an Escherichia coli or a sea bass?

What about future machines? Here, we ought to be concerned not just about the power that new forms of artificial intelligence are gaining over us, but also about whether and when we need to take an ethical stance toward them. For me, these questions evoke the uncanny sympathy I felt when watching Dave Bowman destroy HAL’s personality by the simple act of removing its memory banks, one by one, in the film 2001: A Space Odyssey. As in the greater empathy elicited by the plight of Ridley Scott’s replicants in the original Blade Runner film, there is a clue about the importance of our nature as living machines for the experience of being a conscious self.

Despite his now-tarnished reputation among neuroscientists, Sigmund Freud was right about many things. Looking back through the history of science, he identified three “strikes” against the perceived self-importance of the human species, each marking a major scientific advance that was strongly resisted at the time.

The first was by Copernicus, who showed with his heliocentric theory that the Earth rotates around the sun and not the other way around. With this dawned the realization that we are not at the center of the universe; we are just a speck somewhere out there in the vastness, a pale blue dot suspended in the abyss.

Next came Darwin, who revealed that we share common ancestry with all other living things, a realization that is — astonishingly — still resisted in some parts of the world even today.

Immodestly, Freud’s third strike against human exceptionalism was his own theory of the unconscious mind, which challenged the idea that our mental lives are under our conscious, rational control. While he may have been off target in the details, he was absolutely right to point out that a naturalistic explanation of mind and consciousness would be a further, and perhaps final, dethronement of humankind.

With each new advance in our understanding comes a new sense of wonder and a new ability to see ourselves as less apart from — and more a part of — the rest of nature.

These shifts in how we see ourselves are to be welcomed. With each new advance in our understanding comes a new sense of wonder and a new ability to see ourselves as less apart from — and more a part of — the rest of nature.

Our conscious experiences are part of nature just as our bodies are, just as our world is. And when life ends, consciousness will end too. When I think about this, I am transported back to my experience — my non-experience — of anesthesia. To its oblivion, perhaps comforting, but oblivion nonetheless.

The novelist Julian Barnes, in his meditation on mortality, puts it perfectly. When the end of consciousness comes, there is nothing — really nothing — to be frightened of.

Excerpted with permission from the new book Being You: A New Science of Consciousness by Anil Seth. Published by Dutton, an imprint of Penguin Random House LLC. Copyright © 2021 by Anil Seth.

Anil Seth PhD is a professor of cognitive and computational neuroscience at the University of Sussex, and co-director of the Sackler Centre for Consciousness Science. 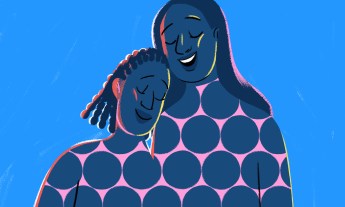 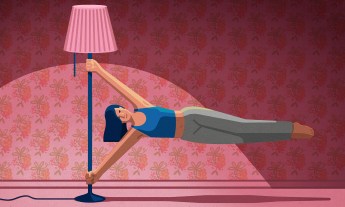