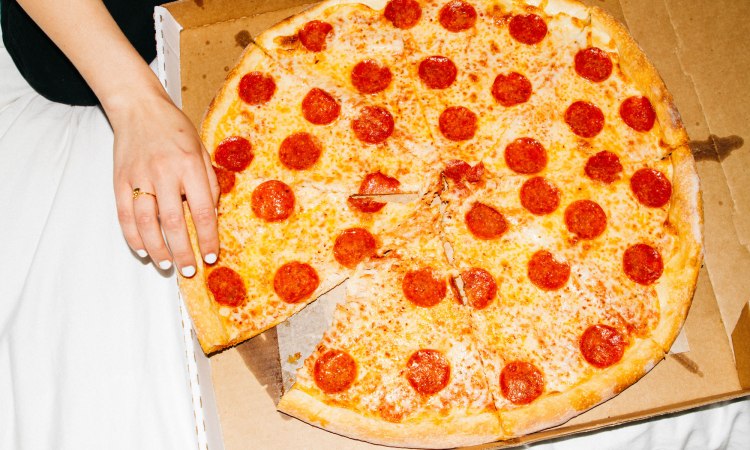 Editor’s Note: Some of the research by Brian Wansink highlighted in this article comes from published papers that have since been retracted, corrected or flagged, after an investigation by Cornell University. The investigation found evidence of academic misconduct in Wansink’s published research, and several journals have retracted, corrected or expressed concerns about his work.

We know surprisingly little about what we want to eat, and why. Researcher Brian Wansink has been leading thousands of studies to understand more.

Two decades ago, Brian Wansink accidentally hit on a revelation that would change the course of his career. He and his graduate students (he was a professor at Wharton at the time) were running a study on sustainable food packaging. In the middle of giving free bags of snacks to Philadelphia moviegoers to see if they noticed they ate more from big packages, they ran out of big bags and had to revert to teeny ones that held just 110 calories. And here’s what they found: People with four tiny bags ate half as much as those with one big 440-calorie bag — and said they’d pay 20 percent more for snacks if companies sold them in smaller packages. “So here’s the punch line,” he says: “You can make more money by selling less food.”

Since then, Wansink — now a professor of applied economics and management at Cornell, director of the Cornell Food and Brand Lab, and author of books including Slim by Design — has run 1,200 studies, by his estimate, on eating behaviors. It turns out we are utterly at the mercy of our environment.

We know far less about our own eating habits than we think. Wansink has found that we make many more decisions about food than we’re aware of — typically more than 200 per day. You don’t just choose whether to eat cereal or eggs, or even which cereal to eat. You also choose how much cereal to pour, how much milk to add, whether to finish the bowl, whether to have seconds. “There’s all these decisions that we don’t even code,” he says.

All of these decisions are subject to environmental cues. “Most people think they’re master and commander of their own diet,” Wansink says. But contrary to popular belief (and a whole lot of New Year’s resolutions), he’s found that healthy eating has very little to do with willpower. In one study, Wansink and his colleagues set up a table in which two out of four bowls of soup continually refilled from an apparatus hidden underneath the table. Participants given the self-refilling bowls ate 73 percent more, but didn’t feel any more sated. “We tend to eat with our eyes and not our stomach, because our stomach is a crude measure of how much we’ve eaten,” Wansink explains.

Size matters. Ever heard of the “small plate movement”? That’s all Wansink. In study after study, he has found that the bigger the plate, the more we eat. This stems from an optical illusion — the same amount of food on a bigger plate looks smaller — as well as changes in consumption norms and our decreased ability to estimate calories in larger portions. Even educating people about the effects of using a bigger plate has no effect on how much they eat. This goes for beverages, too: even professional bartenders pour more into a short, wide glass than a tall, skinny one of equal volume.

Color matters. Just as we can be tricked by the size of a plate, we can be tricked by its color. In one study, people who ate off plates the same color as their food (pasta with Alfredo sauce on a white plate, or with marinara sauce on a red plate) served themselves 22 percent more than those randomly assigned to color-contrast dining. “When a person serves themselves, they’re not even really looking at what they’re serving. It’s usually in the peripheral part of their vision,” Wansink says. “One thing about the periphery is if something isn’t high-contrast, it blurs even more into the background.”

Visibility matters. The more you see, the more you eat. We eat twice as many candies from a clear container than from an opaque one. But this phenomenon can work for you, too — if you put healthy foods in sight. Wansink and co. photographed over 200 American women’s kitchens and found that those who had cereal on the counter weighed 20 pounds more than those who didn’t and those who had soft drinks out weighed 24 to 26 pounds more — but women with even a single piece of fruit out weighed an average of 13 pounds less. “It’s a powerful testimony about our ‘see-food’ diet,” Wansink says — har, har.

Placement matters. Not only do we eat more candy out of a clear container, but we eat more when it’s close by: just moving the container from the desk to six feet away noticeably reduces the amount people eat. But there are subtler effects of placement, too. A study of 213 patrons of an all-you-can-eat buffet found that those with lower BMIs were likelier to sit facing away from the food. And it turns out that where you sit in a restaurant can really impact what you order: Wansink’s research indicates that people who sit farthest from the front door eat fewer salads and are much more likely to order dessert, while those sitting near a window or at a high-top table order more salads and fewer desserts — likely, Wansink believes, because they feel more on display.

Surroundings matter. Our susceptibility to cues other than hunger to determine how much we eat goes beyond food, serving implements and even our situation in the restaurant to the very room we eat in. Wansink and his colleague transformed half of a Hardees into a fine-dining restaurant by dimming the lights and playing softer, slower music, and found that diners ate less, more slowly, and with more satisfaction.

But most of us simply do not believe the environment holds such power over our eating habits. “We all believe we’re smarter than a bowl. We all believe we’re smarter than the plate in front of us,” Wansink says. But in truth, chalking it up to our environment can release a lot of guilt, and be a huge relief. “It’s easier to be slim by design than to be slim by willpower,” he says. If you tweak your environment, it “ends up being done once, and typically follows you for the rest of your life.”

[Editor’s note, as of March 2018: Brian Wansink has been criticized for data inconsistencies in his research, and Cornell University is currently conducting an investigation.] 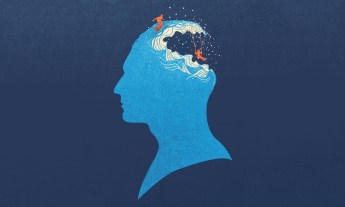