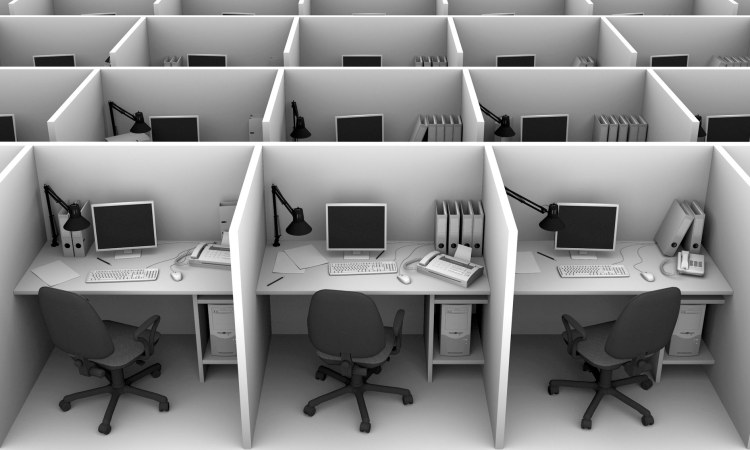 The 5S system of management — Sort, Straighten, Shine, Standardize and Sustain — has long stood for efficiency through tidiness and uniformity. It began in precision manufacturing spaces; clutter was discouraged because it might cause errors and delays, as were distracting personal effects. But 5S has somehow bled from car assembly lines, operating theaters and semiconductor manufacturing plants, where it might make sense, to the office cubicle, where it does not.

Management gurus today sing the praises of the “lean office.” But in this vision, one can see a very simple mistake being made. It fails to realize that what makes a space comfortable and pleasant — and, to turn to the concerns of modern business, inspiring and productive — is not a sleek shell or a tastefully designed interior. Indeed, it may have very little to do with how a building looks at all.

The idea was to see how the office environment affected how much people got done, and how they felt about it, and the researchers experimented with four different office layouts.

In 2010, psychologists Alex Haslam and Craig Knight, both at the University of Exeter in the UK, set up simple office spaces. Some were in a psychology lab, and some in a commercial office. Haslam and Knight then recruited experimental subjects to spend an hour on administrative tasks such as checking documents. The idea was to see how the office environment affected how much people got done, and how they felt about it, and they experimented with four different office layouts.

The first was the lean office, a spartan space with a bare desk, swivel chair, pencil and paper. It quickly became clear that the tidiness of the space felt oppressive. “It just felt like a show space with nothing out of place,” commented one participant, adding, “You couldn’t relax in it.” Perhaps that is what proponents of office neatness intend.

The second office layout enriched the lean office with decorative elements. Large prints showing close-up photographs of plants hung on the wall. There were several potted plants, too. It may surprise modernists and fans of the 5S system to hear that workers were able to get more done in the enriched office, while feeling better about their experience. It will not surprise anyone else.

The final two office layouts used the same components as the enriched office, and visually, they seemed much the same. The distinction in both cases was who got to decide its appearance. The most successful office space was called the empowered office. Like the enriched office, it offered the same tasteful prints and same shrubs, but participants were invited to spend time arranging those decorations however they saw fit. They could even have asked for them to be removed entirely, perfectly mimicking the lean space, if they wanted. The empowered office could be lean, or enriched, or something else — the point was that the person working in the office had the choice.

For the last — and most hated — environment, the experimenters again invited participants to take time to move the prints and the plants however they wished. But once that had been done, the experimenter returned and began rearranging everything until the office precisely matched the enriched setting. The scientists called this the disempowered office, though that may be too mild a term. “I wanted to hit you,” one participant told the experimenter after the trial had been explained.

Participants loved the empowered office and hated both the lean and disempowered ones.

Haslam and Knight asked their participants a variety of questions about how they rated the office they had been working in. They loved the empowered office and hated both the lean and disempowered ones, complaining of being bored or even of physical discomfort such as feeling too hot. And their feelings of despair became all embracing: if they disliked the office space, they also disliked the company that was hosting it, and they disliked the task they were doing in it.

The physical environment certainly mattered, and decorations such as pictures and plants tended to make workers happier and more productive, contrary to what Kyocera or Le Corbusier might believe. But there was much more to the environment than its design — equally important was who had designed it. The best option was to let workers design their own space. The very worst was to give them the promise of autonomy, and then whisk it away. But who would do such a thing?

Haslam and Knight carried out the most explicit test of the importance of giving workers freedom to control their workspace, but other researchers have also pointed in that direction. In one study, NASA sent marine biologists to work for weeks on end in a tiny undersea lab — a truly tough environment, but the biologists loved it. However, they preferred to cook their own basic food from tins rather than eat the elaborate food that had been prepared for them in advance.

Psychologist Robert Sommer repeatedly found that apparently trivial freedoms, such as the right to paint your own wall, help people define personal space, and make people happier and more productive.

Robert Sommer, a psychologist at the University of California, Davis, spent years comparing “hard” and “soft” architectural spaces: those that people couldn’t change, and those that they could. Examples of “hard spaces” include those where the windows don’t open, the lights or air-conditioning cannot be changed, or the chairs are bolted to the floor. The quintessential hard space is a prison, but these prison-like features have spread to schools, public spaces, and the office. Sommer repeatedly found that apparently trivial freedoms, such as the right to paint your own wall, help people define personal space, and make people happier and more productive.

However, 5S enthusiasts at the Virginia Mason Medical Center in Seattle didn’t get the memo. Doctors and nurses there were in the habit of hanging a stethoscope on a hook, but management came up with a tidier solution: a drawer marked “stethoscope.” The medical staff kept on hanging the stethoscope on the hook. What to do? “Eventually,” said a supervisor, “we had to remove the hook.”

Unfortunately, the tidiness craze is global. At Her Majesty’s Revenue & Customs, the UK’s tax collection agency, staff were instructed in late 2006 to remove family photographs and souvenirs from their desks. At BHP Billiton, a vast mining company based in Australia, staff were ordered to maintain a clear desk as defined in an eleven-page instruction manual: “Clear desk means that at the end of each day the only items remaining will be monitor(s), keyboard, mouse, mouse pad, telephone handset and headset, one A5 photo frame and ergonomic equipment (ie footstool, gel wrist pad etc).”

If you wish to display an award, that’s okay — but only if you remove the A5 photo frame. No plants allowed. And don’t think about ignoring the rules: “Facilities Management will consult with team managers about lapses.” All these anal-retentive rules are justified with circular logic: clear desk policies are useful because they will keep things tidy, “to create and maintain a workplace that is clean, organized, and professional.”

Excerpted with permission from the new book Messy: The Power of Disorder to Transform Our Lives by Tim Harford. Published by arrangement with Riverhead Books, an imprint of Penguin Publishing Group, a division of Penguin Random House LLC. Copyright © 2016 by Tim Harford. 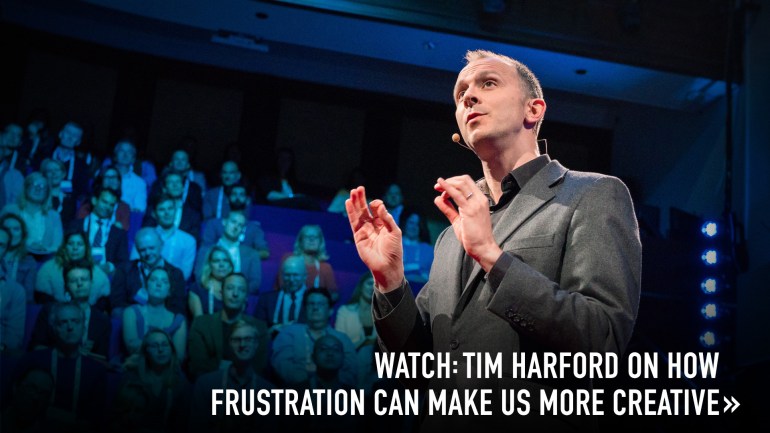