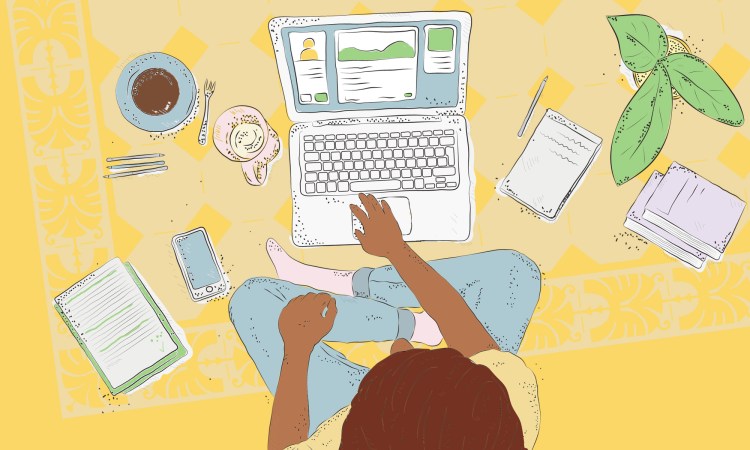 And if your boss is on the fence, here’s a compelling case study — from economics professor Nicholas Bloom — to show her.

But Bloom thought there had to be more to telecommuting than binge-watching Netflix. The professor — who co-directs the Productivity, Innovation and Entrepreneurship program at the US’s National Bureau of Economic Research — had worked from home at a previous job, and he recognized that it’s becoming more and more common around the world. In the US, the number of employees who telecommute has tripled over the past 30 years, although it’s still only 2.4 percent. “Out of the 150 million Americans who work, that means roughly 3.6 million Americans work from home,” says Bloom. However, in developing countries — where mobile technology and improving digital connectivity have coincided with congestion and skyrocketing rents in cities — between 10 and 20 percent of employees work remotely at least part of the time.

He found few unbiased studies on the subject. “Everything I saw was pro-working from home and put out by people who were for it from the outset. The people against it have stayed quiet,” Bloom says. Plus, it’s not an easy subject to investigate. “It requires close monitoring and enough participants to fill experimental and control groups, and the participants need to be willing to continue with the experiment for an extended period of time,” Bloom explains. Finally, researchers must find a company that is willing to experiment with their workers.

Fortunately, Bloom knew someone with access to the critical elements. In his graduate economics class was James Liang, cofounder and CEO of Ctrip, China’s largest travel agency, with a workforce of 16,000. “One day while James and I were talking, he mentioned Ctrip was interested in allowing its Shanghai employees to work from home,” Bloom says. Office space in the Chinese megacity was expensive, and the company was experiencing high attrition rates, in part due to workers getting priced out of living in the city center and having to endure long, difficult commutes. But without hard data to inform their decision, the company was reluctant to make dramatic changes to their telecommuting policy.

Bloom and Liang designed a randomized controlled trial to put remote work to the test. More than 500 employees in the company’s call center volunteered, and about half met the study qualifications, which included having a private room at home from which to work, having been at Ctrip for at least six months, and decent broadband access. Those with even-numbered birthdays were selected to telecommute four days per week; those with odd-numbered birthdays remained in the office as a control group.

Would employees be able to resist the three main pitfalls of being at home: the bed, the TV and the fridge? Adding to managers’ concern was the fact that call center workers are among the youngest in the company, and they might be especially prone to distraction without in-person supervision. The study lasted for nine months, and Bloom guessed the experiment would basically break even in terms of benefits and drawbacks.

When they reviewed the results, Ctrip management and Bloom were stunned. “It was unbelievable. Ctrip saved $1,900 per employee over the course of the study on office space, and we knew this would happen,” Bloom says. “But to our amazement, the work-from-home employees were far from goofing off — they increased productivity by 13.5 percent over those working in the office. That’s like getting an extra day’s work from each employee.” The people working from home also reported shorter breaks and fewer sick days and took less time off.

The gains went beyond productivity — attrition rates among the at-home group were 50 percent lower than those who worked in the office. In interviews with researchers, the remote employees also reported higher job satisfaction. Still, to the surprise of Ctrip management, more than half of the volunteer group changed their minds about working from home — they felt too much isolation. And for a number of them, being at home was not alone enough. “Some of the employees who lived with their parents were quite ready to get back to the office,” reports Bloom.

Bottom line: the study shows that companies have little to lose — and much to gain — by allowing employees to work from home. “My advice for companies who are curious is to examine different ways to do it,” Bloom says. Some options: it could be offered on a contingency basis when severe weather events are forecast, or for summer days when people’s children are out of school; it could be given on an individual, probationary basis; it could be part of a promotion; or it could be granted in lieu of a raise or a bonus. And if productivity falls, an employee can return to being in the office full-time.

One or two days a week is probably the ideal amount of time to work from home, suggests Bloom. “You don’t want to go much higher because you risk jeopardizing the cohesion of your team.” As companies compete to hire and retain the best employees, being able to offer the option to work from home can sweeten the deal. “The need to go into a workplace five days a week started because people had to go to a factory and make products,” he says. “But companies that still treat employees like that are increasingly finding themselves at a disadvantage.”

Ari Surdoval is a writer, editor and content strategist, and the founder of Spoonful Communications a boutique strategic communications and content creation agency. He lives in Nashville with his wife, two children and an ever-expanding pack of rescued animals. 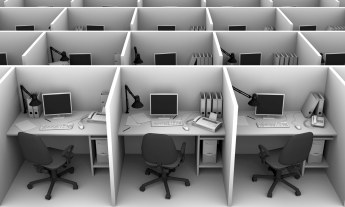 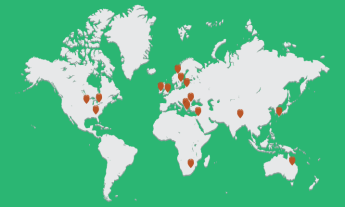