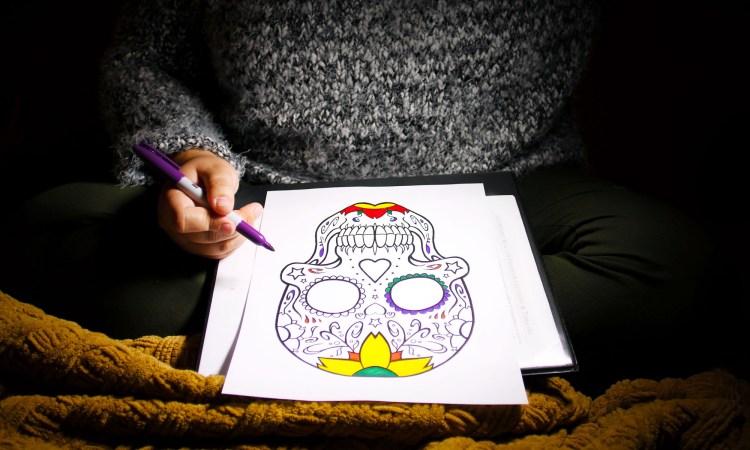 Anyone who has appreciated a meditative mental drift while knitting or mowing a lawn knows that there is something calming about engaging in a familiar, low-impact activity that requires minimal thought and bestows a clear sense of progress. That goes at least some of the way toward explaining the immense appeal of adult coloring books, which now line bookstore shelves with promises to be “inspirational,” “stress relieving,” and “mindful.” Art therapist Marygrace Berberian, the director of New York University’s Art Therapy in Schools Program, considers why people are spending their evenings coloring in elaborate, fanciful designs with sharpened pencils, while positive psychologist Mihaly Csikszentmihalyi (TED Talk: Flow, the Secret to Happiness) helps fill in the lines.

Color. Restore. Repeat. “Engaging in self-care is important for everyone, whether it’s jogging or the self-soothing ritual of art-making,” Berberian says. “We need to find things that are restorative. Coloring in a mandala allows a person to turn down the volume of ruminations and focus on the task at hand. There is mindfulness when we are not looking at our phones and focused on the here and now.” Berberian cites the work of her graduate students who have helped facilitate art therapy groups for Rikers Island prison inmates, who tend to choose preformed images for their sessions as opposed to creating original art on a blank page. “It generally speaks to the level of control they feel comfortable with,” says Berberian. “And it speaks to the mastery we are all seeking in our day to day world.” In a position paper, Richard Carolan and Donna Betts of the  American Art Therapy Association wrote that coloring books, “provide a controlled, contained use of art for self-soothing purposes and their success-oriented nature is conducive to fulfillment of the need for instant gratification. They can be completed with minimal risk.”

Coloring is therapeutic but not therapy. “The coloring book phenomenon is helping to reintroduce art as an important component of health and wellness,” Carolan and Betts continued, adding that the organization “supports the use of coloring books for pleasure and self-care, however these uses should not be confused with the delivery of professional art therapy services.” Berberian acknowledges there’s been some controversy over coloring books in the art therapy community. “I lean toward the fact that there are therapeutic effects but it is not art therapy,” she says. “Although art therapy relies on the practice of creating art, it also involves the relationship and witnessing of a trained practitioner.”

For many adults who color, the process might well be a flow hack, a way of achieving a simulation of rapture but in a relaxed state.

Coloring toward transcendence. Berberian cites the work of Mihaly Csikszentmihalyi, particularly his concept of “flow,” for part of the appeal of coloring books. “Csikszentmihalyi talked about this idea of flow when the artist gets caught up in the rapture,” she says. “I know when I am painting in my studio, hours can pass and so the subjectivity of time comes into play. In the process, you lose where you are. Coloring parallels with the idea of flow.”

Flow fact-check. In Csikszentmihalyi’s TED Talk, his description of what it feels to be in flow clearly relates to coloring: being focused, having confidence in achieving the task at hand, achieving a sense of serenity and being in a state of timelessness. But where coloring seems to miss the bar for flow is in its inherent ease and accessibility — after all, anybody can do it! “Contrary to what we usually believe, moments like these, the best moments of our lives, are not the passive, receptive, relaxing times,” he wrote in his 1990 book, Flow: The Psychology of Optimal Experience. “The best moments occur when a person’s body or mind is stretched to its limits in a voluntary effort to accomplish something difficult and worthwhile … in the long run optimal experiences add up to a sense of mastery — or perhaps better, a sense of participation in determining the content of life — that comes as close to what is usually meant by happiness as anything else we can conceivably imagine.” Both Berberian and Csikszentmihalyi assert that different people have different limits. Csikszentmihalyi wrote that a child building a tower with blocks and a violinist mastering an intricate passage could each be achieving optimal experiences through different tasks. But although coloring in a coloring book might not have been an activity Csikszentmihalyi had in mind, Berberian says that for some people, “coloring in an intricate design would create the challenge that flow theory presents.”

Feel the microflow. Via email, Csikszentmihalyi communicated that he had “never seen/used/heard of adult coloring books,” but he made a connection to a variation of flow he noticed when he was a young translator at scientific conferences in Europe in the 1950s. He himself found the work extremely stressful — and noticed that most of the veteran translators doodled while working. On pads of paper, they would produce baroque ornamentations or cats in various poses, which would “free some of their brain,” he recalls. He concludes that adult coloring, like doodling, might better be understood as “microflow,” a compromised form of flow he first wrote about in the 1970s. For many adults who color, the process might well be a flow hack, a way of achieving a simulation of rapture but in a relaxed state. Perhaps coloring doesn’t “make life worth living,” which is what makes flow significant, according to Csikszentmihalyi, but it certainly helps take the edge off.

Clay might be the next adult stress-relieving sensation. Another attractive element of coloring is that it allows us to regress and tap into our inner child. And yet, some adults find picking out the right colors and getting the shades just right to be too stressful. For those people, Berberian suggests working with more forgiving material. Play-Doh, anyone? 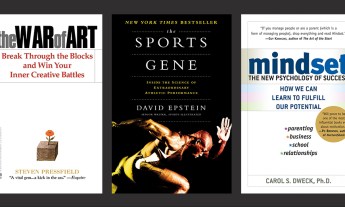 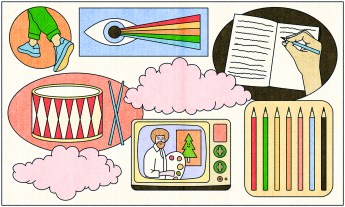 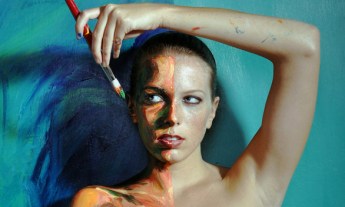