Why your city should think about starting its own currency 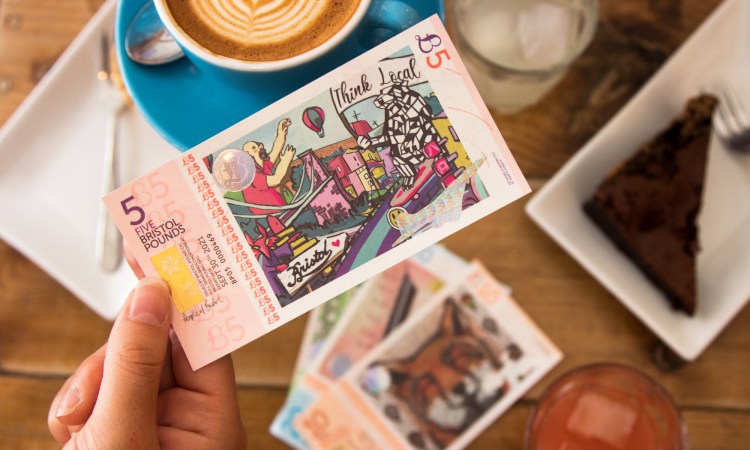 Courtesy of the Bristol Pound.

Want to support local businesses? Here’s an idea that could help your community and the independent shops you love.

We’ve all seen it happen. The local cafe disappears, only to be replaced by a Starbucks. The bookstore you used to go to as a kid has a “coming soon” sign in the window — for a chain store. You’re excited to see a vacant lot being developed, but then you learn it will be occupied by a big-box retailer.

Each time, your heart sinks a little bit. You vow that you won’t spend your money in these places. But what else can you do — what else can any of us do — to keep your community’s businesses thriving?

Enter local currencies. From BerkShares in western Massachusetts in the US to the Brixton Pound in the UK and the Chiemgauer in Germany, these currencies are designed to be spent in a specific community. There are more than 100 operating worldwide, and they’re all fuelled by a common sentiment: They want to support local businesses and the people who frequent them.

“When we spend money in a large chain outlet, that money isn’t worth very much to our community. It doesn’t stay local,” says IT consultant Simon Woolf in a TEDxBrixton talk (How local currencies give value for money). “In fact, the New Economics Foundation did some research [in the UK], and they found that around 85 percent of every pound you spend in a chain or a supermarket or a business like that immediately leaves the area.”

Woolf was an early volunteer for the Brixton pound, a currency used in that south London neighborhood. Launched in 2009, it gained notoriety when local icon David Bowie gave permission for his image to be printed on one of their notes.

So how do local currencies work? Think of them as “like a voucher in the eyes of the law,” explains Woolf. In Brixton, residents or enthusiastic David Bowie fans can buy the pounds online or visit local outlets that have agreed to exchange regular pounds sterling at a one-to-one rate. The Brixton pound can then be spent at over 300 participating businesses.

Further west in the UK, another initiative is at work in Bristol. The city launched its own community currency in 2012, and it has become the most successful of its kind in the country, with transactions reaching £1 million in 2018.

Users of the Bristol Pound don’t have to deal with the hassle of cash; they can conduct all their transactions through an official app, which also directs them to the 600-some businesses that accept the currency. But while the goal is to keep people spending at smaller local enterprises, and to keep that money moving around their communities, it goes deeper than simply giving local businesses a boost. After all, you can do that using the money you already have.

For the Bristol pound, a key objective is to create stability by getting local businesses to spend more money with each other, according to managing director Diana Finch. “This [currency] is about trying to get the existing economy to localize,” she says. “Investing in small organizations is the best way to create jobs and has the most impact on a region’s economy, rather than big companies which … might just pull out of Bristol tomorrow and leave a gaping hole.”

If a restaurant receives Bristol pounds from their customers, the hope is that they will pay local suppliers, craftspeople and entrepreneurs in that currency instead of converting it back to sterling and then sourcing their kitchenware from overseas. Or, say, hiring a firm based in London to maintain their payment software.

It’s no coincidence that both the Brixton and Bristol pound were born after the financial crisis of 2008. That’s when communities became increasingly concerned about maintaining stability and the environmental implications of participating in a global economy. Of course, in our increasingly globalized world, there are challenges to keeping a local currency circulating. One hurdle is convincing customers to take part — and to continue taking part.

“If I like your shop, I can go there and just pay in dollars … the hope is [that businesses] spend it in the supply chain, but they don’t,” says Netherlands-based currency expert Edgar Kampers (TEDxLeiden; The power of complementary community currencies). “They just convert it back to dollars.” He has been working with community currencies since the early 1990s and is the founder of Qoin, a consultancy that offers legal and digital infrastructure support to those wishing to set one up.

Even with the best will in the world, consumers need incentives to use local currencies. One promising initiative that’s come up with an alternative way to encourage local spending — and local goodwill — is SamenDoen. Based in the communities of Bergen op Zoom and Tholen in The Netherlands and launched in 2014, the scheme has an innovative approach to issuing currency: using a points system instead of paper notes.

Rather than exchange their existing money for a local currency, residents are rewarded for behaviors that businesses and organizations want to incentivize. People receive points for spending in particular shops, similar to having a loyalty card, and for carrying out community volunteer work. For instance, an individual might earn points for forming a support team which allows an otherwise isolated elderly person to return home from the hospital after surgery.

But unlike store loyalty cards, people can spend these points with any business or organization that participates — current participants include over 50 shops and 30 local community groups — or give them to anyone they choose. So they might choose to pay their monthly football club fee with them, or offer some to a neighbor in exchange for babysitting.

Additionally, the points are “taxed” for a donation, and the tax goes to a local community group of the user’s choice. Kampers says this has been taken up enthusiastically: “The percentage is always a minimum of 20 percent but people can choose to do more. The average in the two cities where we do it is 40 percent.”

The whole system has been designed to stimulate the local economy, and businesses can see there’s something clear to gain from participating. Small businesses, says Kampers, “get new clients and make sure their existing clients are more loyal — [a shop owner might] give 5 points away, but if I am an average shop, I get 10 points back. All the points end up back at a shop. So they will always receive more than they give away.” Kampers sees social incentives like these as key to the survival of local currencies — as people participate more in their community, they are rewarded for it.

So what does the future hold for local money? Finch would be happy to see the Bristol pound “making Bristol resilient, inclusive, green, an economy that meets people’s needs.” If that sounds like a lot to ask for a piece of paper, she points out that it’s currently the largest local currency in the UK. Still, in order to become a significant part of the city’s economy, she estimates that the Bristol pound would need to increase its impact about 100-fold.

Kampers would like to see the number of local currencies double in the coming years. While it’s hard to predict whether this will happen, he is doing his part to advance towards that ambitious goal through Qoin, which helps startup currencies with legal questions and provides a digital payment infrastructure that makes it easier and more convenient for consumers to adapt to using the currency. He says that Qoin is currently working with a new currency launching in Europe and another in the eastern US.

To be clear, the point of local currencies is not to compete with existing national currencies. But the hope is that their growth could generate more investment in their communities, according to Kamper. “The big challenge that we have is that a commercial bank will never heavily invest in windmills or city farms or other projects that are super-relevant for people living in a certain area,” he says. “They will always choose the projects which [return the greatest] earnings. But community currencies take a human-centric approach. They take the people living in a certain area as a starting point.” 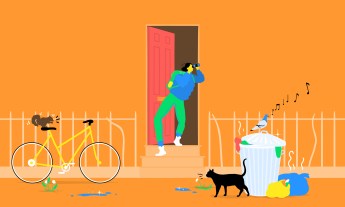 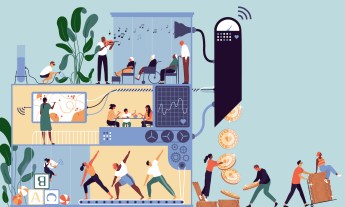