Are companies’ climate pledges for real — or just hot air? Here’s how you can tell 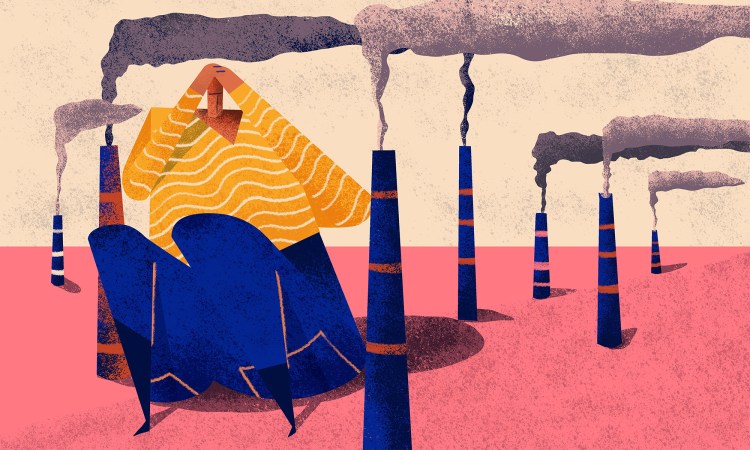 Climate change is a global problem that requires global solutions. That means every sector of society — citizens, local and national governments, corporations and businesses — has a role to play in limiting global temperature rise.

But there is good news: More than 20 percent of the world’s largest corporations have set a 2050 target of going “net zero,” offsetting the carbon pollution they produce by removing an equal amount from the atmosphere. That’s a big deal. Consider that just 100 companies are responsible for more than 70 percent of the world’s greenhouse gas emissions since 1988.

What’s more, momentum is building. Ahead of November’s COP26 climate summit in Glasgow, UK, businesses, investors, organizations and cities are rushing to join the UN’s Race to Zero campaign, considered the gold standard for net zero pledges. And the number of science-based climate commitments made by companies has more than doubled since late 2019.

Sounds good, right? But there’s a big gap between making a pledge and taking meaningful action. Which of these companies are walking the walk, and which are blowing hot air? Here’s how to spot greenwashing — when companies make misleading claims that make their environmental impact look better than it actually is — and what can you do to hold companies’ feet to the fire.

1. Learn to recognize the 3 types of greenwashing

Greenwashing tends to fall into one of three categories, according to climate and data scientist Angel Hsu, founder and director of the Data-Driven EnviroLab.

The first kind is unintentional: Eager CEOs make well-intentioned pledges without fully grasping what is required to implement them.

“There’s a lot of pressure these days for companies to make these kinds of commitments without really thinking it through first and developing a plan,” says Hsu. “Often, the cart comes before the horse.”

The second kind involves passing the buck. Rather than reducing their emissions, companies use carbon offsets — paying someone else to make greenhouse gas cuts, or funding sequestration projects elsewhere — to effectively buy themselves a permit to continue with business as usual.

In addition to letting companies shirk their responsibilities, “there’s a huge debate that’s blowing up right now about the credibility of these offsets,” Hsu says. For example, consider reforestation-based offsets that rely on trees to trap carbon. Given the increasing frequency of wildfires, this may not be a reliable long-term method of carbon sequestration because CO2 is released back into the atmosphere if a forest burns down. And in several well-publicized cases, companies have invested money to protect trees that were never in danger of being cut down.

The third kind is what Hsu calls “the pernicious kind” of greenwashing, where companies keen to project an image of climate leadership make pledges with no intention to follow through. Others set targets that focus on only a small subset of their emissions, allowing them to tout misleading numbers.

Take car manufacturers. A 2019 analysis by the non-profit Carbon Disclosure Project (CDP) gave 23 of the leading 25 producers Grade C or lower for their progress towards Paris climate goals. Most had failed to include the “use phase” of their products in their emissions calculations, which begins the moment a consumer buys a product, takes it home and uses it, Hsu says. Tesla, in case you’re wondering, scored a D.

2. Dive into the details

The most direct way to assess a company’s climate pledges is to dig into its corporate social responsibility report; you can usually find a link to this somewhere on their website.

Pay attention to how the company defines net zero or carbon neutral and how they’re planning to get there. If you see the word ‘offsetting’– that’s a red flag, Hsu says. “[Companies] should be saying exactly how they’re going to reduce their emissions all the way to zero,” she explains. “If they have to rely on offsets — where are those offsets coming from? How credible is the offset company that they’re working with?”

Be skeptical, too, of any pledges that lean heavily on investing in future carbon-capture technologies. While these may play a critical role one day, right now they are “shiny objects” that distract companies from the urgent work of decarbonizing their own value chain, says CDP’s Simon Fischweicher.

CDP’s website is a useful tool for comparing one company to another. It collates data submitted by more than 9,600 companies, 940 cities, and 590 investors. Each entity is given a grade — from D- to A — that reflects their progress on climate goals, as well as factors like transparency and whether executive pay is tied to meeting those goals. In 2020, just 277 companies made the A-list for climate change, ranging from beauty brand L’Oréal to pharmaceutical company AstraZeneca. Of those, only 10 scored an A in all three sustainability categories (climate change, forests and water security).

In addition to checking whether a company is a member of Race to Zero, another solid resource is the Science Based Targets initiative, an organization that partners with businesses to map out a science-backed pathway for reducing their emissions in line with the Paris goals. Any company that is serious about cutting emissions should be registered there. To reach net zero by 2050, we need to cut global emissions by half by 2030, Fischweicher says. Today, around 700 of the more than 1,400 companies signed on to the initiative have made pledges that put them on that trajectory.

Finally, be wary of ESG scores, a numerical measure of how companies are performing on a range of “environmental, social and governance” measures, from emissions to natural resource consumption to animal treatment. That’s because these scores are based on data companies choose to disclose. With no standardized or mandatory reporting system, comparing two companies’ ESG scores can be like comparing apples to oranges. And according to an analysis conducted by the University of Chicago Booth School of Business, better ESG ratings may reflect the number of metrics that companies choose to disclose rather than their actual performance.

As you use these sites, keep in mind that many companies are owned by larger parent companies. If you really want to dig into the claims of a company you’re supporting, do a quick Google search to find out if they have a parent company and look into them too.

OK, you’ve found evidence of greenwashing. Now what? For starters, commit to stopping support for any companies that greenwash. Don’t underestimate the power of voting with your wallet, Fischweicher says. “Sometimes people feel that they’re too small of a fish to really drive change through their purchases,” he says. But your buying choices don’t only influence sales revenues, they also influence investors — who pay close attention to consumer trends, he explains. “It’s not just about who you’re giving money to, it’s also informing what the market is seeing and how capital gets allocated.”

Similarly, if you’re an investor yourself, be scrupulous about backing companies whose climate commitments meet your standards. And wield whatever power you have within the organizations you are part of. That might mean lobbying to put a climate expert on the board, or fostering a “speak up” culture by challenging leaders in your workplace to commit to more sustainable processes, whether that’s reviewing suppliers or installing solar panels.

Last, share what you’ve learned with other people and spread the word. Alert your social network, take to Twitter, organize a protest in your community, or contact a news site or other media outlet. You could contact the company themselves to tell them you’ve been a loyal customer, and you’re asking them to do better. There’s a lot of evidence that this type of pressure works, says Hsu, citing Volkswagen’s 2015 “diesel dupe” scandal.

So, the next time you read about a company’s climate pledge, don’t just take them at their word. Dig a little deeper, support climate-friendly businesses and be loud with the rest about the issues that are important to you.

To save the planet, we have to reimagine capitalism — here’s why:

How Apple plans to go carbon neutral by 2030: 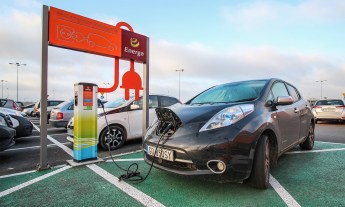 If you could charge in 5 minutes, would you drive electric? Here's what you should know 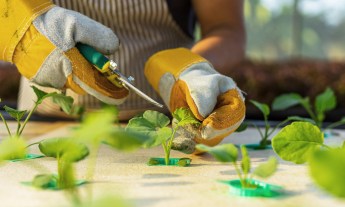 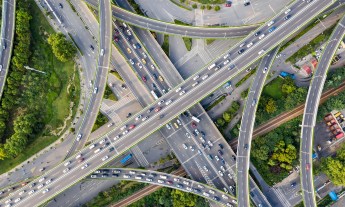