Why it’s so hard to come home from war 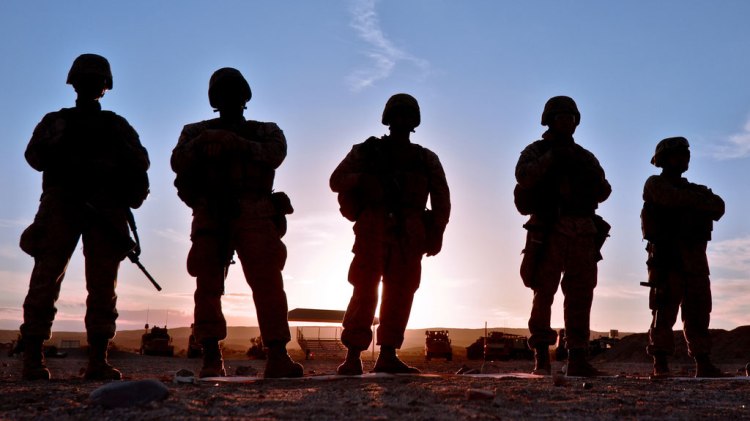 America’s war in Afghanistan has been its longest, and arguably its most grueling — and yet for 13 years it’s also been strangely invisible. For those of us far removed from the front lines, it can be almost perplexing to remember the battles being fought in our name. Sebastian Junger’s work helps bring them back into focus. In 2010, he released the documentary film Restrepo, for which he and a photographer, the late Tim Hetherington, spent nearly a year living in a spectacularly dangerous U.S. military outpost in Afghanistan’s Korengal Valley. Now, he’s gone back to the footage to cut a new film, this one aiming to show “what war feels like.” Korengal is out in June 2014; we spoke to Junger on the telephone to find out what it was like to go back in time for the project — and to ask him more about some of the themes that emerged from his TED Talk, Why veterans miss war. An edited version of our conversation follows.

It’s been seven years since you were actually filming in Afghanistan. That’s a fair amount of time to have apart from that experience and that footage. What surprised you about going back to it again?

In some ways, I was surprised by how immediate it felt, even seven years later. But also I was watching the footage, thinking, “my God, I can’t believe I was there!” It felt so normal at the time, and now I look at this footage and it’s like I went to Mars. I can’t believe I went there. It was a funny mix of immediacy and puzzling distance from the experience. I feel like I was so lucky that I got the chance to experience something like that, yet I can’t quite believe it.

Obviously this documentary depicts a very different take from Restrepo, despite having the same source material. How have you structured this film?

The three primary emotional experiences of combat, as I understood them to be, are fear, killing and love. Fear is obvious, and there’s obviously some state of mind connected with killing, but there’s also something that you could loosely call love. If you’re willing to die for someone, it’s clearly a form of love, and it’s the core reason that men miss war — and many of them really, really do miss it. Without saying as much, we used these emotions as a rough guideline for structuring the movie.

There’s another emotion you touch on in your TED Talk: that veterans often feel a sense of alienation when they return home. What’s going on here?

Well, I think we’re a completely alienated society, and we just don’t notice as much because most of us don’t have the experience of incredible closeness that soldiers are allowed to enjoy. We don’t notice because we don’t know anything different. I think Western society basically invented loneliness. Most societies through human history experienced tribal cultures, with people sleeping shoulder to shoulder in shelters and hunting together and raising children together. Everything was communal, and we just don’t do that, and I don’t think it works well psychologically. Soldiers actually do have exactly that experience in combat, and then the reentry into this alienated society we’ve created is extremely hard. There’s a reason Western society has such a high suicide rate, such a high depression rate, child abuse rate, crime rate, and so on. Those behaviors are at epidemic levels in our society; that’s the society soldiers are coming back to and it’s pretty shocking to them.

That’s so interesting, because civilians at home are asking, “how can we help these guys adapt back to reality?” But what you’re saying is, reality might actually be the problem.

Yes. There’s nothing psychologically comforting about an American suburb or exurb. They’re really alienated, lonely places, and there’s a reason the suicide rate and depression rate are so high in this culture. You have these young guys, most of them haven’t started their own families yet, and the platoon becomes their new family. They’re dosed with enormous amounts of adrenaline and closeness, two things that human males just thrive on. Then you bring them back to a society where there’s no adrenaline, there’s nothing dangerous is going on, and there’s no closeness. Of course they get depressed. Of course they want to go back.

So what do we do about that?

I think we have to change our society. That’s a long project, but trying to get soldiers to adapt to an unhealthy situation is ultimately a short-term solution that won’t work very well.

We’re hearing so much about vets’ awful experiences with the Department of Veteran Affairs. What do we do? How do we help?

The problem with the VA is a bureaucratic problem, and I think someone has to hit that problem with a huge sledgehammer and fix it. That’s a technical problem with our government. Then there’s a broader societal problem that soldiers are having an extremely healthy response to a society that I don’t think is being run very well from a psychological and spiritual standpoint. But most of us don’t get the comparison. We aren’t on a hilltop with 20 guys for a year and then come back. We adapted to this. We’re used to it. We just don’t know it’s horrible.

We think we’re trying to help.

Right. And I think if we do things in our society that are helpful for vets, ultimately what we’re doing is healing our own society. The things that would help best would be very good for us: from community participation and the open sharing of stories to the tribal stuff. All of that would be very therapeutic for vets — but in the long run it will save us all.

“The U.S. is the most powerful country in the world, and it can’t run the Department of Veteran Affairs correctly? It’s obscene.”

Another theme that emerged in your talk is the disconnect between civilians and soldiers. I don’t know what to ask a veteran, so I end up not asking them anything, and that can be construed as disinterest or lack of support. There’s just an ever-increasing divide, it seems, between those people who have served and those people who haven’t served and who don’t want to screw up by saying something stupid.

It’s a big problem. But vets don’t always act well in those situations either. Just because they’ve served the country and been traumatized doesn’t mean they get to be rude and indignant either. Both sides have to behave, and both really truly are at a loss. Most of them want to do the right thing; they just don’t know what the right thing is. And if the vets don’t know, we sure as hell won’t know.

That reminds me of George Packer’s review of military memoirs last month, where he wrote about a story by Phil Klay. It’s about a guy who comes home and feels like he can’t talk about his experiences with his girlfriend, so immediately there’s this big divide between them. He goes to a bar and ends up getting drunk and talking to some guy, and then getting mad at him. The vet wants this guy to be disgusted at the stories he just heard; the civilian has no idea what to do.

There’s a lot of blaming going on about civilians not acting right, but if acting disgusted is acting right, then that’s too confusing for anyone to guess correctly. Ultimately, I think if you’re going to bars and getting drunk and trying to get somebody to be disgusted by your behavior, you probably need a shrink. But you can’t get a shrink, because the VA takes three years to call you back. That’s the sort of bottleneck in the VA and it’s absolutely inexcusable. I mean, the U.S. is the most powerful country in the world, and it can’t run the VA correctly? It’s obscene.

So what do you do? You now have a lot of experience with war and soldiers. When you meet a veteran, what do you talk to them about?

I really don’t ask them about their experience much. I say, “I’m glad you’re home safe. What are you doing these days?” If he gets into these war experiences, that’s his choice. But if you were with someone who had just gotten divorced, you wouldn’t necessarily ask how the divorce had gone. You’d ask, “Do you have a new girlfriend? What’s going on with you now?” War is not special. It’s not different. It’s like any other of life’s ordeals and traumas. 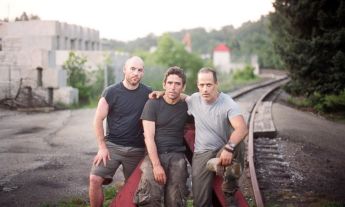 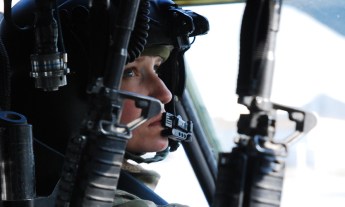 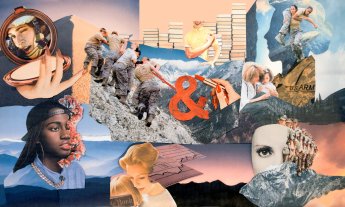