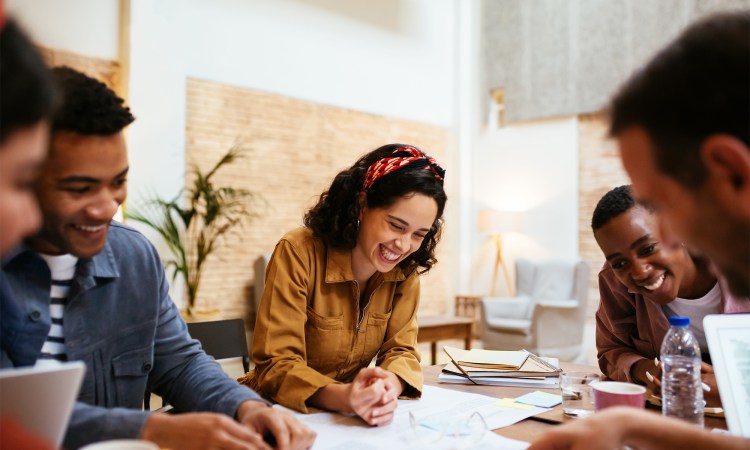 When it comes to running a successful business, games are not usually considered an important part of work. But they’re essential for any businesses that want to survive and thrive, according to Martin Reeves, chairman of the BCG Henderson Institute (a strategy think tank of BCG).

Many established businesses can find it difficult to break from the old ways of doing things. But what happens when a crisis hits — a global pandemic or a startup disrupts their industry?

“Competitive advantages don’t last very long in a dynamic world where technology is changing very fast. Whatever was the basis for yesterday’s success is less and less durable,” says Reeves. “So unless a business wants a very short corporate lifespan, they need to master the entrepreneurial art of imagination.”

This need for imagination is especially urgent when companies are setting their strategy. As a business strategist working with Fortune 500 companies, Reeves began to notice “quite frustratingly and counterintuitively that you could put the right people on the strategy process, give them the right questions and all of the resources that they need, and you still end up with some variant on what you went in with.”

After seeing this time and again with his clients, Reeves wondered: “How can you give the strategy process a shot at coming up with new ways of thinking and behaving that could lead to competitive advantage?” By refining and codifying the techniques he’s used in working with companies for over 20 years, he has developed 10 games to help them revitalize and reimagine their strategies. (In June 2021, he will be releasing the book The Imagination Machine, which covers these games.)

How games can help people — and companies — break out of ruts

Reeves calls play “de-risked learning.” At work, the consequences of making a wrong move are very real — if you put forward a new initiative and it fails or you make a mistake with a customer, you and your organization will experience real repercussions.

But play allows us to create a nonjudgmental space where we can come up with new ways of thinking and behaving. “To get a good idea, you have to have a lot of ideas,” says Reeves. “Play enables you to get ideas on the table, explore them, and then decide which ones are worth pursuing.”

An ideal number of game participants is  8 – 10, although you could break it into multiple sub-groups if needed. “It’s important that the groups are mixed with respect to function and cognitive type (creators, perfectors, etc.) to facilitate idea generation,” adds Reeves. Regardless of seniority or title, everyone should feel free to contribute. “Fear is the thing which is most corrosive of play, because play is about taking dangerous things and making them safe to explore,” he stresses. “And it’s very important that the senior people are seen to be saying that’s okay.”

Got it? Now let the game begin.

The name of the game: Preemptive postmortem

What it’s intended to do:

Even though your business might be thriving, taking time to imagine what could go wrong is a necessary insurance plan for your company’s future. “It’s very important for leaders to sensitize themselves to what could go wrong and create the resilience that will underpin your success,” says Reeves. A preemptive postmortem, while morbid, is a playful game that asks you to imagine your company’s downfall, with the goal of exposing its vulnerabilities.

Step 1. Start by asking participants: “What are your company’s strengths? What is your company really good at?”

Step 3. Then, turn those questions on their head!

Reeves played this game with a financial services firm, which considered their top product to be their low-cost mortgages. He suggested to them, “Mortgages are important of course, but what if ones manufactured by another company using artificial intelligence completely undermined your old-fashioned way of doing them?” Think: How might an up-and-coming competitor impact your business?

Step 4. Another way to play: Write obituaries for the demise of your company

While this might sound dark, Reeves says, “When people get into it, it’s quite enjoyable.” In fact this activity tends to get a lot of laughs, he reports, but there are actually a lot of insights to be gleaned from it.

All the participants should share their obituaries out loud, and then ask the group:

3 tips for running a successful game

Progress won’t happen if your participants aren’t engaged in the process, says Reeves. To tell if people in your group are engaging in new models of thinking, he looks for colorful observations and a sense of surprise.

Look out for defensiveness

There are times when participants may become defensive, which is understandable when you’re trying to reinvent and change how things are done. Reeves advises, “You want to be in the right space with respect to arrogance and fear. Arrogance is, ‘Don’t worry, we don’t have a problem. Our financial results are just fine. Carry on.’ Fear is, ‘This is about survival. There’s nothing we can do, just batten down the hatches.’”

Try to guide people to a place between arrogance and fear. As Reeves points out, “Neither of these mindsets are going to give you very imaginative thoughts. It’s the middle ground where you want to be.”

Look at the kinds of questions that people are asking

Are people asking passive or active questions? Steer them towards the latter. Victims see themselves as passive recipients of disruption and disasters, but companies (and people) with agency, Reeves says, “ask active questions like, ‘How do we shape this adversity to our advantage? How do we do better than the next company in our response to this? How is this an opportunity to reimagine ourselves? If, in retrospect, we look back and say, ‘While this was a little painful but it was the best thing that ever happened to us, why would that have been?’” 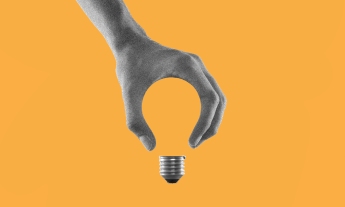 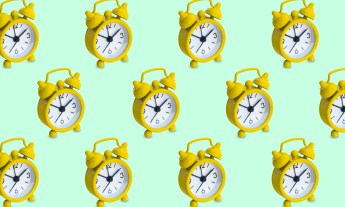