Yes, there is a right way to write an email — here are some simple rules 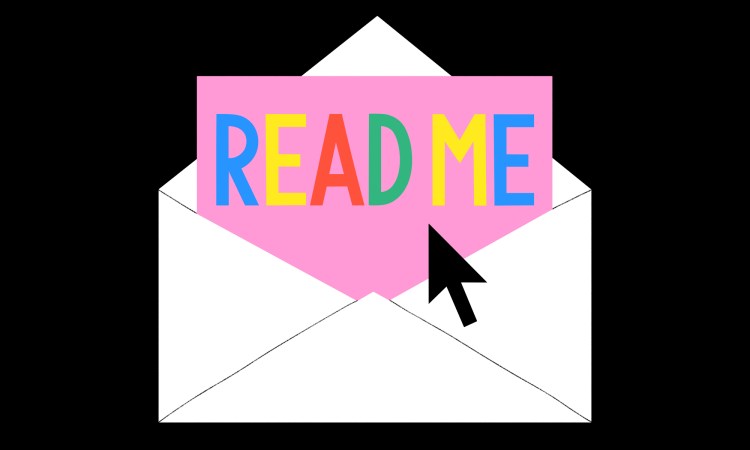 Does sending and replying to emails take up an excessive amount of your time? Reduce the burden by following these basic guidelines, says editor and writer Victoria Turk.

“You probably think that you’re an expert emailer … You spend most of your workday composing, sending, receiving and replying to emails,” says Victoria Turk, a senior editor at WIRED UK in a TEDxAthens talk. “You live in your inbox.” However, if writing and replying take up too much of your time or you worry that your emails are disappearing into the ether without getting an answer, then “you’re probably doing it wrong,”she adds.

Turk’s email philosophy is aimed at reducing the overall burden of email on senders and recipients. She says, “At its simplest, this can mean cutting down on the number of emails you send and sending them to fewer people … When you do send an email, you should make it as quick and easy as possible for the recipient to deal with.” Here is her specific advice.

“Once upon a time, it may have been customary to treat email like a digital version of a snail-mail letter and to address your recipient with ‘Dear,’” says Turk. “But nowadays, most emails, especially in a work context, are more like post-it notes than a lengthy missive.”

As a result, it’s OK to open with “hi” and a first name. Her suggestion:“Save ‘Dear’ and using someone’s title for more formal situations, such as an official briefing or an invitation.”

“You don’t need to keep saying hi every time you email someone on an ongoing thread, particularly if it’s active,” says Turk. “If you’re having a back-and-forth conversation, treat it as such.”

Stick to the point.

“When it comes to email, good etiquette is not about the fancy flourishes; it’s about respecting other people’s time,” says Turk. An overly long or detailed email benefits neither the sender nor receiver.

Merlin Mann, the person who coined the term inbox zero, told Turk this invaluable advice: “Assume everyone you’re communicating with is smarter than you and cares more than you and is busier than you.”

That means, according to Turk, “no waffling, no jargon, no small talk. You do not have to ask after your recipient’s health every time you email them.” Just be sure to include all the facts needed so the recipient can reply without having to ask you questions first.

But don’t be too concise.

“There’s a line where brevity crosses over into rudeness,” Turk warns. Think about it: How have you felt when you’ve gotten an email back from a colleague or manager with only a terse “received,” “agree,” “OK,” or “?” As she puts it, “These emails seem more like a power play. Someone who emails like this is trying to show you how busy and important they are. And that’s not very polite.” While we can’t control what other people’s actions — if only we could! — we can take an extra few seconds to write in full sentences or tack on a “thank you” or “thanks for your help.”

Turk supports using emojis provided it’s not a formal context — “they’re basically a digital stand-in for facial expression, after all, and all the tools that we do have to make sure that we’re not misunderstood, we should be making use of.”

Turk endorses ending with “best wishes,” “best” and “all the best” — and only these three. Wait, what about “yours sincerely”? “Too formal,” she says. “Yours”? “Too intimate.” “Cheers”? “OK for friends, but too casual for a professional context.” “Kind regards”? “Just a bit pompous.”

Turk’s least favorite way to end an email: “Thanks in advance.” She explains, “It’s incredibly presumptive — you can’t thank someone for doing something before they’ve agreed to do it … [When you close your email with it,] you’re basically saying, ‘Hey, by the way, you have no choice whether to do this or not.’”

Keep your signature simple, too.

“No colorful word art, no JPG logos that are going to confuse everyone’s antivirus, and no deep meaningful quotes,” says Turk. “Just your name and, if necessary, your contact info.”

Use your subject line to tell the recipient what your email is going to say.

“Summarize your email in a few key words. Don’t write a full sentence because it will get chopped off,” says Turk. “Don’t try to be funny.” Also, reserve the word “urgent” or “URGENT!” for truly dire situations.

Abiding by this rule, contends Turk, will cut back on confusion and unnecessary replies. She says, “Primary recipients of an email, who are expected to respond, should go in the ‘to’ field,” she explains. “Other recipients of an email, who are not expected to respond — and who are included as a courtesy or for their information — should go into the ‘CC’ field.” Then, move someone to “BCC” when their input is no longer needed.

Turk says, “We can check email anywhere and anytime, but instead of feeling free, we feel trapped. We’re expected to be always contactable.” She adds, “The only way to buck this trend is to start setting boundaries. Unless you’re a heart surgeon, you really don’t need to be on call all the time.” Avoid annoying — or tempting — people with pings, buzzes or notifications from your incoming emails. Added bonus: By taking an email recess, you’ll be doing yourself a favor, too. 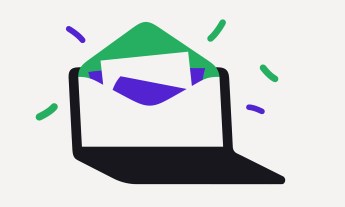 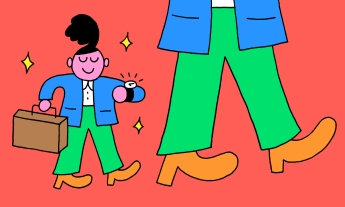 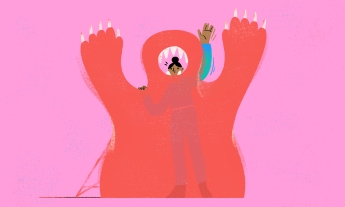 Under stress at work? Just remember: Don’t believe what you think. 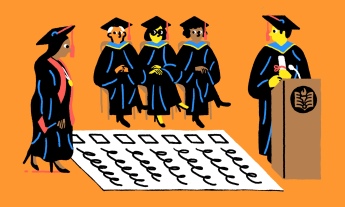