Here’s a deep dive into a provocative topic: drones. For all the rhetoric, you might think think that this is a zero sum game: Drones will either destroy the world, or they’ll save it. The truth, of course, is that, well, they’re set to do both. Sophisticated developments see extraordinary advances on the part of the military, while the same technology is being harnessed and applied for life and planet-saving reasons, too. The key is for us to be careful and thoughtful about all, and not blindly stumble into dystopia despite ourselves.

Take these three drone-related TED Talks. Lian Pin Koh uses drones for nature conversation. Then there’s a talk from TEDxMidAtlantic that shows how Chad Jenkins and Henry Evans collaborated to help the latter navigate life after a stem-brain stroke by means of a robot he can operate solely through thought. Finally, Andreas Raptopoulos wants to use drones to serve the 1 billion people on Earth who have no access to all-season roads. Those are all pretty life-affirming uses of drones.

Representing the dark side, or as they might put it, “the real world,” we’ll have essays from some of our previous speakers to present an alternate point of view. Science-fiction writer Daniel Suarez memorably details one potential outcome of autonomous drones in his book, Kill Decision, and he’s written a thought-provoking essay about our entry into what he describes as the “automation age.” P. W. Singer, director of the Center for 21st Century Security and Intelligence at the Brookings Institution, revisits the topic of drones in a Q&A with Matt Power (author himself of an excellent GQ feature, Confessions of a Drone Warrior). And… well… much more. To whet your appetite, we created the trailer above, featuring just some of the speakers who’ve touched on the topic of drones from the TED stage.

Watch a playlist of TED Talks about drones. And, see all the drone-related coverage from this Question Worth Asking, a TED editorial series. 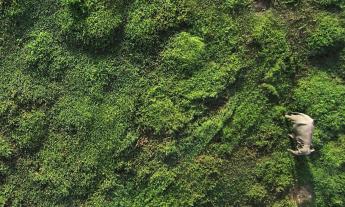