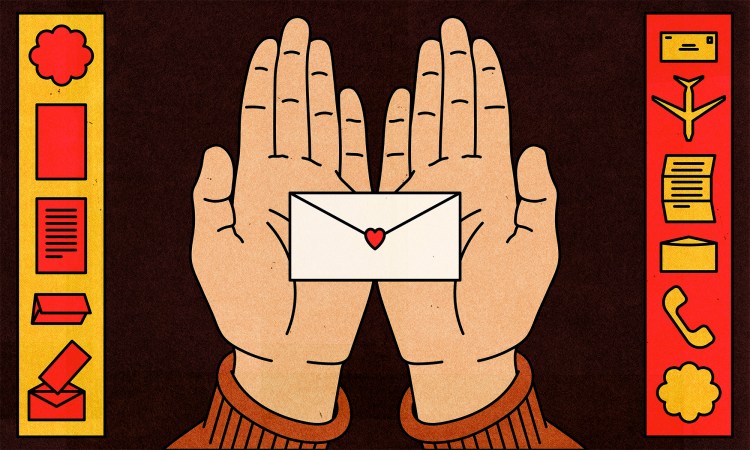 There are probably as many kinds of regrets as there are people in the world, but did you know that most of them fall into four main categories?

For his new book The Power of Regret, writer Daniel H. Pink analyzed what keeps 16,000 people in 105 countries awake at night. When he did, he realized that most fit into four primary buckets: Foundation (not building a stable enough platform for our life); Boldness (not being brave enough to have said or done something); Moral (not making the right ethical decision); and Connection (not staying connected to important people in our lives).

He spoke about these four categories at a virtual TED Membership event — and he explained how we can harness them to create the life we truly want. (Yes, really.) A link to watch is at the bottom of this post, and please consider becoming a TED Member today to access the full event archive.

To understand connection regrets, let me tell you the story of four women, two friendships and a pair of doors.

In the late 1980s, Cheryl Johnson attended Drake University in Des Moines, Iowa, where she became fast friends with Jen. Cheryl and Jen belonged to the same sorority and lived in a house with about 40 other women.

Among the group, these two stood out for their seriousness and ambition. Cheryl became president of the sorority; Jen was elected president of the entire student body. They supported each other’s enthusiasms and aspirations and hatched big plans to take on the world.

Shortly after graduation in 1990, Jen married — Cheryl was a bridesmaid — and moved to Virginia, and she invited Cheryl to visit her. Jen wanted Cheryl to meet a friend of her new husband, and she thought this friend might be a good match for Cheryl.

Cheryl was taken aback. Shel been dating someone for two years. “I thought he was the one,” she said, but Jen, said Cheryl, “clearly did not think he was the one” for her. Cheryl politely declined the invitation to visit. No drama. No hard feelings.

Over the next few years, Cheryl and Jen exchanged letters and cards but the letters gradually dwindled and then stopped. Cheryl hasn’t talked to Jen for 25 years. They haven’t seen each other in person since Jen’s wedding. “We didn’t have a falling out of any kind. I just let it kind of drift away,” Cheryl told me. “I regret not having that relationship in my life.”

In every case, connection regrets share a common plotline: A relationship that was once intact no longer is.

Connection regrets are the largest of the four categories in the deep structure of human regret. They arise from relationships that have come undone or that remain incomplete. The types of relationships that produce them vary. Spouses. Partners. Parents. Children. Siblings. Friends. Colleagues. The nature of the rupture also varies. Some relationships fray. Others rip. A few were inadequately stitched from the beginning.

In every case, these regrets share a common plotline. A relationship that was once intact no longer is. Many times, in many roles, we yearn to close the circle, but doing so requires effort, brings emotional uncertainty, and risks rejection. So we confront a choice: Try to make the relationship whole — or let it remain unresolved?

The third woman in my story is Amy Knobler. In middle school, she met a girl whom I’ll call Deepa. Deepa was a latchkey kid whose parents worked demanding jobs and whose house was blocks from school. Amy and Deepa would head there after classes, forging a friendship in the freedom of an empty house.

Amy remembers those afternoons as some of the happiest times in her life. “It was everything you think about connecting with a close friend,” she told me.

Amy and Deepa stayed friendly in high school and stayed in touch after graduation as they moved on with college, careers and families. In 2005, Deepa’s husband sent a note to the people in his wife’s life informing them that Deepa had been diagnosed with an aggressive form of cancer.

Late one night in December of 2008, Amy received a message from a mutual friend that Deepa’s health had taken a serious downward turn.

The following day, Amy called Deepa’s home to speak with her. The person who answered the phone explained that Deepa had died that morning.

“I will never forget how much I realized in that moment the opportunity that had been lost to me,” Amy said.

In the World Regret Survey, my collection of more than 18,000 individual regrets from people in 109 countries, many participants reported the sense of loss that accompanies a closed door. Likewise, a 2012 study by researchers Mike Morrison, Kai Epstude, and Neal Roese concluded that regrets about social relationships are felt more deeply than other types of regrets because they threaten our sense of belonging. When our connections to others tatter or disintegrate, we suffer. And when it’s our fault, we suffer even more. “The need to belong,” they wrote, “is not just a fundamental human motive but a fundamental component of regret.”

Closed door regrets vex us, because we can’t fix them. It’s over. But doors that cannot budge hide behind them a benefit: They show us how regret can make us better.

A few years after Deepa died, Amy learned that another childhood friend had been diagnosed with cancer. Amy called her frequently. She visited her. They exchanged emails and texts.

“We maintained a connection up until she died,” Amy told me. “It didn’t make it easier. But I don’t have regrets.”

Relationship rifts — due to insults or betrayals — are more dramatic. But drifts are more common. One day, a connection exists; another day, it’s gone.

While the connection regrets that people reported in the surveys numbered well into the thousands, the specific ways their relationships ended numbered only two — rifts and drifts.

Rifts usually begin with a catalyzing incident, such as an insult, a disclosure, a betrayal. Rifts leave the parties resentful and antagonistic, even though to outsiders the underlying grievance might sound easy to repair.

Rifts are more dramatic. But drifts are more common. Drifts can also be harder to mend. Rifts generate emotions like anger and jealousy, which are familiar and easier to identify and comprehend. Drifts involve emotions that are subtler and that can feel less legitimate. And first among these emotions is awkwardness.

But when it comes to perceiving and predicting awkwardness, we’re next-level bunglers. For example, in a 2020 study, Erica Boothby of the University of Pennsylvania and Vanessa Bohns of Cornell University examined a related phenomenon: Our squeamishness about complimenting other people. The prospect of giving compliments, Boothby and Bohns found, can make people skittish. They worry “their awkwardness is on display and that people are noticing — and judging — them for their many flaws and faux pas.”

In the experiments, people’s predictions — about themselves and others — proved way off. They drastically overestimated how “bothered, uncomfortable, and annoyed” the person receiving their compliment would feel — and underestimated how positively that person would react. It wasn’t awkward at all.

George Vaillant, a Harvard psychiatrist who headed the longest-running study of well-being for more than 30 years, summarized what he;d learned about human flourishing in these five words: “Happiness is love. Full stop.”

These findings about connection regrets are consistent with the Study of Adult Development at Harvard Medical School, the longest-running examination of lifetime well-being in this history of psychological science. In 1938, researchers at Harvard recruited 268 undergraduate men, and followed them for the next 80 years. The audacious goal was to try to determine why some people flourished in work and life and others floundered.

The Harvard Gazette summarized the study’s findings in 2017:

Close relationships, more than money or fame, are what keep people happy throughout their lives. . . . Those ties protect people from life’s discontents, help to delay mental and physical decline, and are better predictors of long and happy lives than social class, IQ, or even genes. That finding proved true across the board among both the Harvard men and the inner-city participants.

George Vaillant, a Harvard psychiatrist, headed the study for more than 30 years, and in an unpublished manuscript, he reflected on what he’d learned. After eight decades, hundreds of subjects, thousands of interviews, and millions of data points, he could summarize the longest-running examination of human flourishing in five words: “Happiness is love. Full stop.”

What give our lives significance and satisfaction are meaningful relationships. But when those relationships come apart, whether by intent or inattention, what stands in the way of bringing them back together are feelings of awkwardness. We fear that we’ll botch our efforts to reconnect, that we’ll make our intended recipients even more uncomfortable.

Yet these concerns are almost always misplaced. Sure, we’ll get rebuffed sometimes. But more often, we overestimate how awkward we’ll feel and underestimate how much others will welcome our overtures.

All four core human regrets reveal a need and yield a lesson. With connection regrets, the need is love.

So, this simple problem has an even simpler solution. Shove aside the awkwardness.

When Amy Knobler considers her closed door regret, she wishes she could travel backward in time. She’d assure young Amy “that even though it feels awkward, and it is super uncomfortable and scary, on the other side of it, you will be glad that you went through that experience, not only because you don’t have those unanswered questions in your mind at that point, but also for what it does for the other person.”

All four core human regrets reveal a need and yield a lesson. With connection regrets, the need is love. Not love only in the romantic sense — but a broader version of love that includes attachment, devotion, and community and that encompasses parents, children, siblings and friends.

Excerpted from the new book The Power of Regret: How Looking Backward Moves Us Forward by Daniel H. Pink. Copyright © 2022 by Daniel H. Pink. Excerpted by permission of Riverhead, an imprint and division of Penguin Random House LLC, New York. All rights reserved. No part of this excerpt may be reproduced or reprinted without permission in writing from the publisher.

To learn more, watch his TED Membership event now. PS: By becoming a TED Member today, you’ll not only be supporting TED’s mission to amplify great ideas, but you’ll also have access to our entire archive of amazing events. In the last year, topics have included how our memory works (and why forgetting is totally OK!), the impact that artificial intelligence will have on our lives and the world, and how we can find hope in hopeless times. 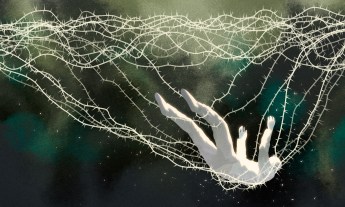 What leads a person to white supremacy? Here is one man’s story 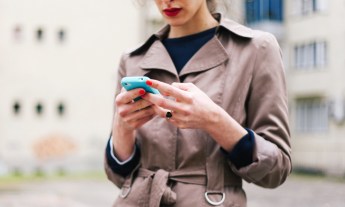 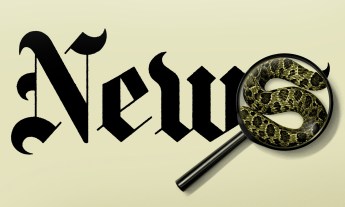