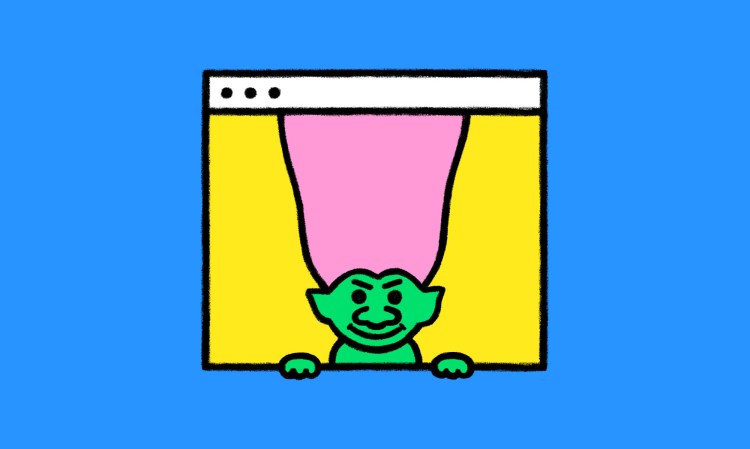 As a TV meteorologist, Emily Sutton has been on the receiving end of negative comments for a decade. Here’s how she deals with them.

For all its benefits, social media can be a pretty grumpy place. Most of the time, the value of being connected to a global community, and staying up to date on all the memes, outweighs the negativity. But nasty comments online can take the wind out of your sails — and leave you tempted to quit altogether.

So how do you deal with negative comments?

Meteorologist Emily Sutton, who covers the weather for a local news station in Oklahoma City, Oklahoma, has racked up close to a decade’s worth of experience dealing with online rudeness. While the weather in her state sometimes turns nasty — it ranks third in the US in tornadoes — so too can the social media comments. Since Sutton is a woman in a public job, many of the derogatory tweets and posts focus on her looks, wardrobe or ability to do the job.

Here, she shares advice on how to deal with e-jerks. Keep in mind that she is not talking about bullying, hate speech, personal threats or other forms of online abuse; those users should be reported and blocked.

Nine times out ten, Sutton has adopted this approach: Just move on. Do you really want to spend your precious time and energy engaging with blockheads?

Also, she tries to keep things in perspective — chances are, positivity outweighs negativity in your feed. “I’d estimate at least 98 percent of the viewers [I hear from] online are awesome or at least neutral,” says Sutton. “It’s only that 2 percent that causes issues, and sometimes that’s all it takes to sting.”

Find people who know what you’re going through.

Sutton belongs to a Facebook group of female broadcast meteorologists, and it’s where she and her colleagues vent about trolls and, in some cases, discuss potential replies. Whether on social media or in real life, seek out your own peers to commiserate with.

Respond with kindness or sincerity.

Sutton frequently opts for extreme courtesy as a response. When someone wrote to tell her she stunk as a weather forecaster, she tweeted back: “Have a blessed day, thanks for watching!”

One of Sutton’s fellow meteorologists received the tweet: “Please burn that dress you wore this morning.” She replied honestly with: “Sorry, I love this dress too much.” The tweeter immediately apologized, saying “I feel like an ass” and that he’d doubted his tweet would even be read. Says Sutton, “Sometimes you just have to show that you are a real person.”

Sutton seizes upon any opportunity she finds for teaching or for correcting misconceptions. When a person’s snarky comment about her is accompanied by a weather-related inaccuracy, she will politely inform them of the facts. With a degree in atmospheric science, Sutton enjoys sharing her expertise.

Sutton finds that comments about her body are some of the toughest to shrug off. Once, when someone told her in a tweet that they’d noticed she had a small bump and asked if she was expecting, Sutton shot back: “No, I just gained a few pounds at Christmas. Honestly, my reproductive parts are none of your business. Thanks for watching.”

Unsurprisingly, Sutton’s response brought her some additional flak, but she felt supported when another viewer chimed in with a tweet that read, “Way to go. Just because you’re out there and in front of us every day doesn’t mean that we should be privy to your private personal information. Keep up the good work.”

Having shared what she thought was an amusing exchange with a troll on Instagram, Sutton got a message from that commenter asking her to take down the thread because he was being trolled as a result (although Sutton had not included his name, people found him through the original post on Facebook).

Sutton was a bit reluctant to do so until someone wrote to her and told her the man who’d baited her had been bullied his entire life and was pretty vulnerable. “We need to think about where they’re coming from,” she says. “I’ve found that thinking that way has spilled over into my day-to-day life. If someone does something mean or rude, I try and think, They could be having a bad day.”

Give yourself a break.

If you’re human, you will occasionally respond in ways that are not so wise. But please: Cut yourself some slack. As Sutton says, “We all have cracks in our armor. I have to get a tough skin for my job, but sometimes I’m not perfect.”

If you were given a patch of dirt and told to fill it with plants, you’d probably grow things that were attractive or useful or both. So why not do the same on social media? 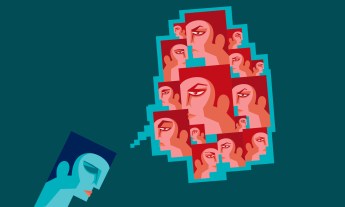 How to stand up to your inner critic