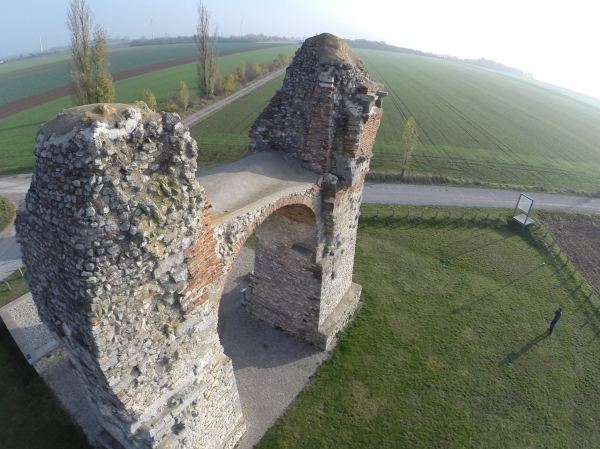 “When I started working in this field, the word ‘drone’ wasn’t used at all!” Sergei Lupashin says a little plaintively. “We called them UAVs, unmanned aerial vehicles, and they were clearly flying robots. Nowadays it’s all a bit more mixed up; you have to take extra steps to convince people that what you’re doing is flying a cell phone and not a miniaturized Predator.”

Lupashin, it seems, has answered questions about the state of play in drone-land before. That’s not surprising. The Russian born, Zurich-based academic and researcher, who was recently announced among the 2014 class of TED Fellows, spent five years at one of the more prominent research laboratories working in this space. As a part of Raffaello d’Andrea’s team at the Swiss Federal Institute of Technology in Zurich, he was the chief architect of the Flying Machine Arena, a space “where flying robots live and learn.” (Check out d’Andrea’s talk, in which he showed off the FMA and quadrocopters demonstrating the concept of “machine athleticism.”)

Now, Lupashin is in love with a new idea, and it’s a lyrical, poetic one. Put simply, Fotokite is a flying drone on a leash.

“It’s an extremely simple idea. Basically you attach a piece of string to an off-the-shelf quadrocopter,” he explains by phone. “Then you use fancy algorithms and you get this very intuitive, direct, immediate and safe control of a flying vehicle. It is very kite-like; there’s no remote control, no GPS. It’s very direct interaction.”

Lupashin is not the first to think about the possibilities of flying a camera. In 2011, Luke Geissbuhler attached a high-definition video camera to a weather balloon and sent it to space. That unbelievably cute stunt took eight months of testing and research… and the balloon was loaded with a bunch of equipment to protect the camera and bring it back to earth safely. Lupashin’s ambitions aren’t quite so stratospheric, and his drone is lightweight and minimal. “Basically, you turn it on, point it in the direction you want it to go, give it a gesture which tells it which direction to fly in and then it will maintain the same relevant angle to you as you walk around,” he explains. The entire machine consists of a flying platform, accelerometers and a rate giro to measure the speed of rotation, and a piece of string.

Lightweight it might be but Lupashin has already tried it out successfully in numerous venues, not least filming dancing hippies at Burning Man (see the video below). The canonical use for such a technology, he says, would be for firefighters who need to see a burning site from above. Wouldn’t the string burn up? Well, no. As he gently points out, there’s no reason a string has to be made from, you know, string. It could be made from any one of the many high-tech, lightweight, flame-proof materials now available. As for my concern that firemen shouldn’t be wandering into a burning building while flying a kite, even one that’s actually a drone, Lupashin argues that they don’t need to do that at all. “Oftentimes you don’t have to fly over a site, you just need a raised perspective,” he says.

In fact, refreshingly, he’s not obsessed with building a product to somehow save the world. Instead, he wants Fotokite to be a consumer product; if experts start to use it for their own purposes, that’s a great side benefit. He recently worked with a group of archaeologists working at a Roman ruin in Vienna. Previously, they’d taken photographs with a balloon, difficult to manage or control in the air. With Fotokite, they shot a bird’s eye view of the top of a 1000-year old Roman gate — the first time they had been able to see the top of the structure.

It’s early days for both Fotokite and for the industry itself. Lupashin is well aware of the emotion surrounding military drones, but he also knows probably better than most how nascent the field still is. “So many things still haven’t been explored,” he says. “I recently came back from a conference in Tokyo where someone showed a vehicle that was basically a wheel with a quadrocopter inside it. It could roll around, swim on a lake or fly. It was a completely new type of hybrid device. This really is just the beginning.” 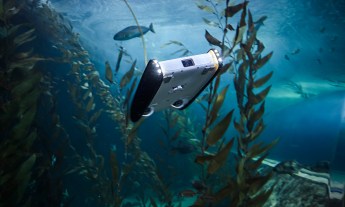