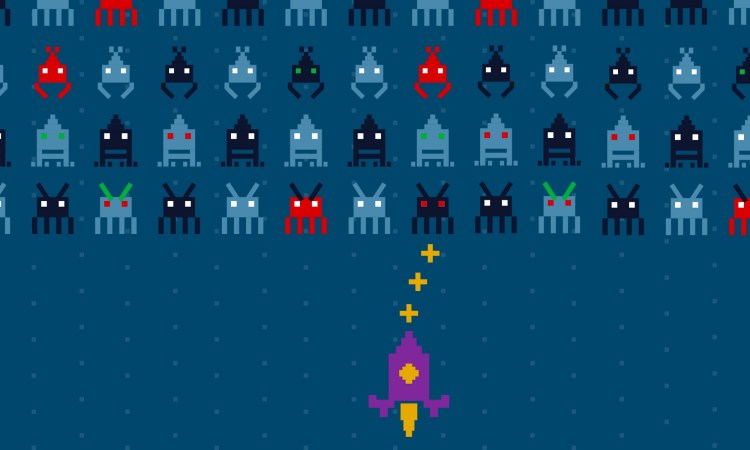 Turn it into a game, says technologist Esra’a Al Shafei. Thanks to features like a point system and a leaderboard, her small site for LGBTQ people in the Arab world is not only fun to use — it’s free from harassers.

Many LGBTQ people in the Middle East live under a cloud of stress and fear — depending on where they live, they may face social stigma, harassment, violence, even imprisonment or the death penalty. While many gay people in the Middle East have turned to social media and dating apps to find community and acceptance, those platforms are not always safe. In Egypt, for example, law enforcement regularly pose as LGBTQ users on dating apps like Grindr, Hornet and Growler to entrap and arrest people.

Technologist Esra’a Al Shafei, a TED Fellow from Bahrain, is determined to maintain a safe space for gay people in the Arab world. She is the founder of Ahwaa, an LGBTQ forum in the Middle East that prioritizes user privacy, resource sharing and group discussions. Funded through donations, Ahwaa (which means “passions” in Arabic) is a robust community of nearly 10,000 members, predominantly in their late teens and early 20s, from a dozen Middle East countries. Current homepage topics include “If there was a choice to be straight would you choose to be?” and “Am I bisexual? Please help.”

While Ahwaa’s existence is remarkable, so is its track record. In its nearly 10 years in operation, no significant incident of trolling has occurred. In a region with such complex cultural attitudes towards homosexuality and its punitive morality laws, how has the site managed to do it?

Ahwaa’s secret weapon: gamification. From the beginning, the site has relied on friendly competition and team-building to create a close-knit community and weed out intruders and troublemakers. By Al Shafei’s estimation, Ahwaa was one of the first platforms to use gamification to protect users. “On other platforms that use it, the incentive is often to get a title or a badge, rather than privacy or anonymity like it is on Ahwaa,” she says. “That’s why we had to develop it from scratch.”

The forum is organized into three levels, each with a different set of permissions. After users first create an account, they’re able to enter Ahwaa’s first level — a basic set of chat rooms and topic threads. The more they post and interact and the more that other users find their participation beneficial, the more access they gain. “When you first join, you don’t realize there are other features that you can unlock,” says Al Shafei, who runs Majal, an ecosystem of platforms (including Ahwaa) that promote freedom of expression in the Mideast. “That was done purposefully, because we wanted people to invest time in this community.”

Every positive interaction — such as sharing an experience, giving advice, making a comment or asking a question — earns points for a user. Users can also award points to others based on the quality of their interactions with that person. For instance, if you create a topic or thank someone for their post or thread, you receive five points. If you leave a comment that a user finds “helpful”, you get ten. This encourages people to be more responsive and friendly and to leave comments with substance — as Al Shafei puts it, “you can visit once, leave a super-insightful comment, and earn hundreds of points.” Users need 100 points to progress to the first level, 500 for the second, and 2,000 for third. The majority of members are in level one or two.

While it’s possible to reach the first level in a couple of hours, Al Shafei stresses that the point system isn’t about driving people to spend as much time on the website as possible, or to simply rack up interactions. “We’re not just trying to get more engagement; we’re trying to get quality engagement,” she says. For instance, the leaderboard rewards members for their activity — but it’s also a way to introduce them to one another. “We have managed to build an environment in which everybody’s supportive,” says Al Shafei. “Users don’t have to agree, but at least they can have fierce yet very respectful discussions about identity, gender and sexuality.”

Most trolls on Ahwaa never make it past the very first chat rooms. “If there was someone trying to infiltrate the system, they would have spend many hours being super supportive and cooperative,” Al Shafei says. “To really win against the trolls, we’ve found you have to exhaust them. You don’t have to ban them, because that can give them the incentive to do worse.”

No troll has made it to level three yet. “The community is self-insulating against bad actors,” Al Shafei says. “Since its launch, no troll has had access to the more sensitive chat rooms and posts on those pages. That’s a credit to our community, as well as to the site’s design.”

Al Shafei says that Ahwaa’s strategy to protect users has also allowed them to meet safely offline. “The relationships formed on Ahwaa are often very strong because users share similar experiences and identities,” she says. “It’s emboldened members of our community to form meet-up groups in physical space to discuss personal issues, and even broader concepts like fighting for rights. Ahwaa gives them an opportunity to develop that trust before meeting in person.”

With 8,000 members and 600,000 unique annual views, Ahwaa is tiny compared to Reddit or Facebook. But staying under the radar has its advantages. For instance, while a law enforcement officer could in theory infiltrate Ahwaa, the site’s modest size buffers it from too much attention from the government. It also helps protect the intimacy of hard-to-have discussions. “We love that we’re small,” she says. “A lot of people don’t get why we’re sitting at 8,000 users and not 80,000 or 800,000. But it’s very deliberate for us. Having 8,000 users enables you to have meaningful conversations with a lot of different people from many different parts of the region.”

What does Ahwaa mean to its users? Al Shafei shares a typical comment (with the member’s permission): “Reading posts made by people going through problems so similar to mine really helped me out and comforted me too, seeing how I can’t really talk about my issues to people nearest and dearest to me,” a user wrote. “The advice and understanding offered has been great and I’m glad to be a part of this community. This site actually smoothed my coming out to myself and accepting who I am.”

What’s next? The site is growing by around 1,000 new users a year, a rate that is fine with Al Shafei. Because she is cautious about marketing it, “we rely on word of mouth” to increase membership. Ahwaa plans to introduce new features like privacy badges and a more robust gaming system in November.

Al Shafei is also partnering with LGBTQ communities in other regions to create local versions of Ahwaa. She helped launch Kilera in Bulgaria with the support of a local LGBT organization, and hopes to work with communities in Indonesia and Pakistan to bring a version of the site there as well. “So many people have contacted us and said, ‘This is exactly what we’re looking for,’ because they’re also facing trolling issues,” she explains. “So I think this approach is going to continue to catch on.” 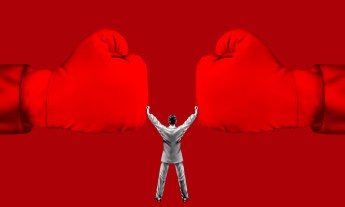 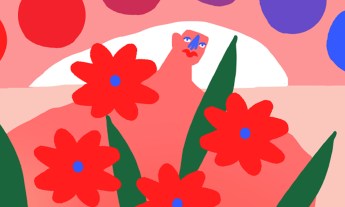 What does hope look like to you? See how these artists have depicted it