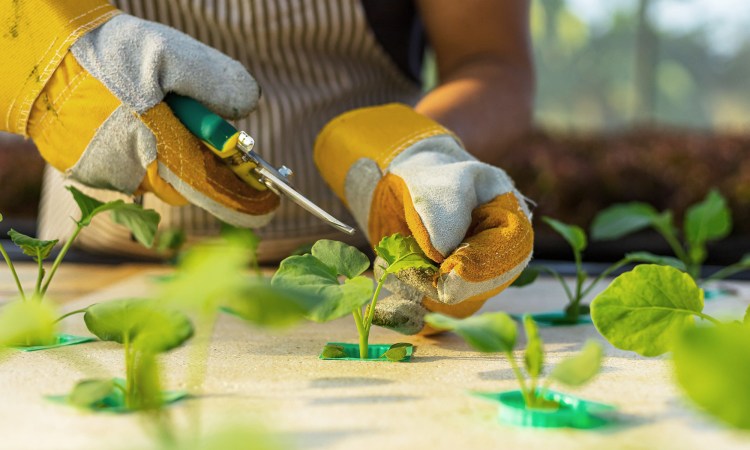 What does a better world look like? Is it one where people have decent-paying jobs, the air and water are clean and natural ecosystems flourish? Well, we can make that kind of future a reality if we start transitioning more people away from carbon-emitting fossil fuels and towards renewable energy.

But a transition to a greener, cleaner planet will require innovative solutions across every industry — and a workforce with the skills to design and implement them. As more nations pledge to eliminate their carbon emissions, green jobs are projected to grow significantly.

In fact, meeting the goals of the Paris Agreement — the international treaty designed to keep global temperature rise below 2°C — will require a quadrupling of jobs worldwide in renewable energy to 42 million by 2050. (Currently, China leads with 39 percent, or 4.1 million, of the world’s renewable energy jobs.)

From electric car assembly line workers to urban farmers and green building retrofitters, here are seven green jobs that can help us achieve a zero-carbon future.

Wind projects will need to increase almost 10-fold globally by 2050 to stay within the Paris goal, according to the International Renewable Energy Agency. With the newest giant offshore wind turbines costing hundreds of millions of dollars apiece, technicians are crucial to their smooth operation. Wind power currently employs 1.2 million people worldwide, including wind turbine technicians.

In the US, wind technician is projected to be the fastest-growing job from 2019 to 2029, according to the US Bureau of Labor Statistics.

Hydropower is currently the largest source of renewable energy, but solar is expected to be the main driver of renewable energy growth through 2040 if the world complies with the Paris Agreement, according to the International Energy Agency (IEA). “Solar [photovoltaics] is consistently cheaper than new coal- or gas-fired power plants in most countries, and solar projects now offer some of the lowest cost electricity ever seen,” according to IEA’s 2020 World Energy Outlook Report.

Solar panel installers assemble, set up, and maintain solar systems on rooftops and elsewhere. By 2050, solar employment could increase globally by 63 percent, or nearly 19 million jobs, according to the International Renewable Energy Agency. In the US, the Bureau of Labor Statistics projects that solar panel installer jobs will grow by 51 percent from 2019 to 2029.

Transportation creates more than 15 percent of global emissions. In some major economies, the sector’s emissions exceed those of electricity generation, says Energy Innovation.

To meet the Paris goal, electric vehicle (EV) use would need to increase rapidly, from fewer than 10 million EVs today to more than 1.5 billion by 2050, according to an analysis of global climate policies by Morgan Bazilian and Dolf Gielen in The Conversation.

If half of all vehicles made were fully electric, 10 million net jobs would be added globally economy-wide by 2030, according to the UN and International Labor Organization. This includes jobs in EV assembly plants, in battery manufacture, and EV maintenance education. Consumers would also save money on maintaining their cars and thus spend more on more labor-intensive goods and services, the report says.

Our plastics obsession is exacerbating the climate crisis. Annual emissions from plastic production and incineration could exceed 2.75 billion metric tons of CO2 equivalent by 2050, according to the Center for International Environmental Law.

To combat this, we need to eliminate as much unnecessary plastic as we can, and completely rethink the plastic products that we still need, according to the New Plastics Economy project, a collaboration between more than a 1,000 governments, NGOs, universities and businesses.

We can achieve this by strategically designing out waste and pollution by reusing, recycling and repairing instead of making and throwing away — this approach is known as the “circular economy.” This model could reduce greenhouse gas emissions by 25 percent, with a new plastics model adding 541,000-795,000 jobs in different sectors, including manufacture, collection, recycling and delivery, according to a report by the Pew Charitable Trusts and SystemIQ.

As companies start to embrace new plastics, key jobs include engineers employed in research and innovation, procurement experts who can develop and source 100 percent recycled packaging, experts in post-consumer waste management, and commercialization managers who oversee the launch of new products.

In order to meet the Paris Agreement goals, we don’t only need to transition to clean energy, we also have to limit other sources of Earth-warming emissions. In the last 40 years, the wildfire season has lengthened across more than a quarter of the world. In some regions such as California, wildfires now occur nearly year-round.

In addition to ravaging homes and releasing toxic air pollution, wildfires release greenhouse gases into the air. That’s because trees and vegetation store carbon from the atmosphere, and when they burn, CO2, methane and nitrous oxide are released.

Fire prevention specialists and firefighters are crucial to promoting healthy ecosystems and minimizing loss of life and property while also ensuring air is clean from soot. The number of forest fire inspectors and prevention specialists will increase by 24 percent from 2019 to 2029, predicts the US Bureau of Labor Statistics.

At least 55 percent of the world’s population already lives in cities and 80 percent of all food produced globally is destined for urban consumption. Urban farms — whether on roofs, empty lots or in warehouses — can help reduce emissions with locally grown produce, while increasing food security and nutrition in the neediest areas. They also convert CO2 where people live, reduce ambient temperature and improve livability. In addition, green roofs can provide insulation and manage storm runoff.

Innovative vertical farms are needed to grow plants in a controlled environment in cities while using fewer resources. In Copenhagen’s new 14-story Nordic Harvest vertical farm, organic herbs, lettuces and kale are being grown in water under LED lighting backed by 100 percent wind power. The farm uses 95 percent less water and 100 times less space than if the plants were grown in fields, according to the project start-up.

In this type of vertical farm based on hydroponics — a technique used to grow plants without soil — most people are employed to care for crops. They might include scientists with PhDs in microbiology or sustainable agriculture, mechanical engineers, and operators who ensure that automation runs smoothly. The global vertical farming market is projected to register a compound annual growth rate of 8.9 percent from 2020-2025, according to Mordor Intelligence.

Globally, the buildings and construction sector released 39 percent of CO2 emissions in 2018. In some dense cities such as New York, existing buildings account for 70 percent of emissions because of heating, cooling and electricity use. To meet the Paris Agreement goals, climate emissions from buildings must be eliminated by 2040, according to the sustainability think tank, Architecture 2030.

Retrofitting old leaky buildings will be key, with some two-thirds of the buildings that have currently been constructed still existing in 2050. Green retrofitters improve buildings in many ways — such as by adding insulation or making the best use of natural light — and will be in high demand. In New York City alone, a 2019 law to cut carbon emissions in big buildings is expected to create 26,700 green jobs by 2030.

Green retrofitters might be experienced contractors, or qualified independent professionals. In the UK, such qualified professionals are known as retrofit coordinators and are architects, building asset managers, building services engineers, building surveyors, construction managers, energy assessors and consultants or site supervisors — all with extra training.