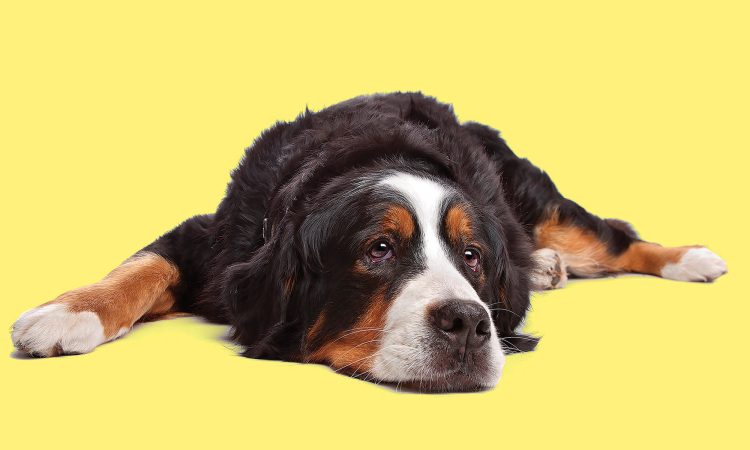 A golden retriever chases his tail every morning for hours on end. In the evening he compulsively licks his paws till they’re bare and oozy. When he’s given Prozac, he calms down and stops injuring himself … After the death of her mate, a scarlet macaw plucks out every last one of her feathers and doesn’t stop until she’s befriended by a cockatoo … A tabby cat who grew listless and stopped eating after his favorite human went off to college is cheered by the arrival of the family’s new pet rabbit, whom he likes to follow around the house.

Is the dog obsessive-compulsive? The parrot struggling with trichotillomania? The cat, once depressed, now recovered?

Making sense of animal emotional states and behavior, especially when they are doing things that seem abnormal, has always involved a certain amount of projection. The diagnoses that many of these animals receive reflect shifting ideas about human mental health, since people use the concepts, language and diagnostic tools they are comfortable with to puzzle out what may be wrong with the animals around them.

This isn’t to say that the creatures aren’t suffering, but the labels we give to their suffering reflect not only our beliefs about animals’ capacity for emotional expression, but also our own, most popular, ideas about mental illness and recovery. Where, for example, earlier generations saw madness, homesickness and heartbreak in themselves and other animals, veterinarians and physicians now diagnose anxiety, impulse control and obsessive-compulsive disorders in humans, dogs, gorillas, whales and many animals in between.

Looking at instances of purported animal madness is like holding up a mirror to the history of mental illness in people. It’s not always flattering — but it’s always interesting. Here are five classic examples of animal insanity, as diagnosed by arguably the craziest creatures of all, humans:

1. Heartbreak
Well into the 20th century, brokenheartedness was considered a potentially lethal medical problem that affected both humans and other animals alike, from jilted lovers who were thought to have died of shock after being left at the altar to loyal dogs that died immediately after their masters. In 1937, a German shepherd named Teddy stopped eating when his horse companion died; he stayed in the horse’s stall for three days until he died himself. These cases still pop up from time to time. In 2010, two elderly male otters that had been inseparable for 15 years died within an hour of each other at a New Zealand zoo. Only one had been ill; their keepers believed that the second otter died of a broken heart. In March 2011 another heartbreak story pinged around the web. A British soldier, Lance Corporal Tasker, was killed in a firefight in Helmand, Afghanistan. His dog, Theo, a Springer spaniel mix trained to sniff out explosives, watched the whole thing. Theo wasn’t injured in the firefight, but hours after Tasker died, she suffered a fatal seizure, brought on, according to witnesses, by stress and grief over the loss of her companion.

2. Madness
It wasn’t until Louis Pasteur successfully inoculated the first person against rabies in 1885 that people began to understand the disease as a matter of contagion. Before Pasteur, rabies symptoms were often seen as a form of insanity that could be passed between people and other animals. How and why animals could catch madness was a confusing business. Creatures could go mad from a lifetime of abuse, such as Smiles, the Central Park rhinoceros, who reportedly did so in 1903. Maddened horses, as they were known, could simply take off running, still attached to their carriages or dragging their riders behind, often with fatal consequences. Mad monkeys bit small children at the circus, and dogs could sometimes go mad with loneliness. Looking back, it’s likely that more than a few of these animals were not actually rabid. Instead, madness was a catch-all term for lots of different kinds of emotional suffering and other forms of insanity.

3. OCD
Obsessive-compulsive disorders are now relatively common diagnoses in humans and other animals. Many of these behaviors are actually healthy animal activities gone awry. People, mice and dogs, for example, can develop hand- or paw-washing habits that are so extreme as to keep them from playing, eating their meals, going on walks or sleeping. Parrots can develop feather-plucking compulsions that leave them bald as roasting chickens; rodents, cats, humans and other primates can compulsively pluck their hair to the point of baldness, a disorder known as trichotillomania. Other OCD spectrum behaviors, like rituals, can also be seen in nonhumans, as for instance this dog that spins every time he sees a car.

4. Phobias
Some animals, like some people, develop extremely specific fears of particular things in their environment, such as escalators, the beeps of an electronic alarm clock, shadows, even toaster ovens. One of the most common phobias, at least in dogs, is crippling fear of thunderstorms, but cats can develop fears too, like this one whose owners believe is scared of measuring spoons. Horses can develop fears of plastic bags or umbrellas, among many other things. Thankfully, both people and other animals can learn to overcome their phobias, often with a mixture of behavior therapy and training, time, and psychopharmaceutical drugs such as Valium or Xanax.

5. PTSD
Traumatic stress disorders have been documented in a variety of animal species — from great ape veterans of pharmaceutical testing and elephants rescued from brutal circus training to canine veterans of armed conflict. How similar is PTSD in different animal species? It’s hard to know, but there are many shared symptoms, from changes in temperament and mood, difficulty sleeping and more sensitive startle responses to possible flashbacks of traumatizing events. In his book Second Nature, the ethologist Jonathan Balcombe shares an account of PTSD at the Fauna Sanctuary in Quebec, Canada, a refuge for chimps who’d been used in research. One afternoon, keepers loaded a shipment of materials onto a metal trolley they pushed past the enclosure of two chimps, Tom and Pablo. As soon as the chimps caught sight of it they let out frightened shrieks and became inconsolable. The staff later realized that the same brand of trolley, or one that looked like it, had been used to transport unconscious chimps to the surgery room at a research facility where Tom and Pablo had lived, and been experimented upon, two years earlier.

Laurel Braitman’s book, Animal Madness: How Anxious Dogs, Compulsive Parrots and Elephants in Recovery Help Us Understand Ourselves, is out now. 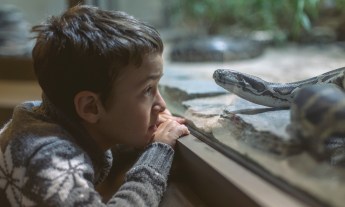