Need a fresh perspective? See the world like a horse does (or a cow or a cat or an ant …) 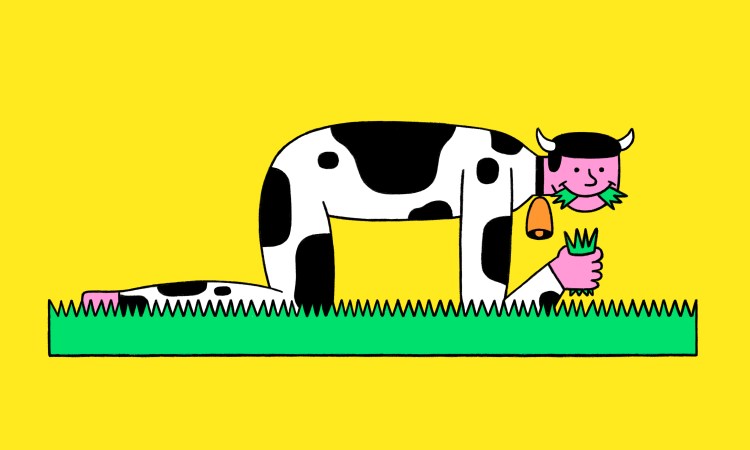 Practice an act of radical empathy — try to put yourself in the hoofsteps, pawprints and undulations of other creatures and appreciate all the ways of being and doing that exist on this planet.

We are not alone. On Earth, that is.

While it may seem laughably obvious to say that, in many ways we humans act like we’re the only inhabitants. After all, our built world overwhelmingly prioritizes our one species above all the others that occupy the planet.

How often do most of us stop and consider how other living beings experience the world?

Almost never, says Alan Hook, a design researcher at Ulster University in Northern Ireland: “We understand the world from a very fixed human-centric point of view … so [we] can’t really understand what it must be like to be a different creature.”

Meet some human designers who are breaking down the barriers. In Ireland, Denis Connolly and Anne Cleary have created a series of meta-perceptual helmets that allowed wearers to view the world through the stereo vision of a hammerhead shark or the separately rotatable eyes of the chameleon. To get as close to being a goat as possible, UK designer Thomas Thwaites (TED talk: How I built a toaster from scratch) built himself a prosthetic goat legs and a prosthetic rumen (goat stomach) and took to the Swiss Alps to graze on grass.

Hook says, “Whenever we think about design, we talk about it as a process of empathy.” Trying to step into the hoofsteps, pawprints, undulations and tracks of other creatures can allow us to consider how the world — including our human world — appears to them.

Hook became interested in this question thanks to a horse that lives near his house. His two children, he says, were “very concerned about whether the horse is too hot or too cold, whether it has enough to eat, and what the experience of the horse is like.” This prompted him to devise what he calls “equine eyes,” a way for his kids to interact with the world from a horse’s point of view, which differs from ours in significant ways.

Hook says, “They have their eyes on the side of their heads … and those large eyes work like fisheye lenses, which means that a horse can actually see 350 degrees around it. So it can see everywhere apart from its back.” Because horses cannot see red, Hook’s prototype eyes used cameras and programming to strip red from the visible spectrum.

Of course, you don’t need a fancy device to see from another perspective. Try this with the animals in your life — crouch down in the living room and assess it from your dog’s or cat’s point-of-view. Or look at the non-human residents who live in your neighborhood — the birds, insects, rodents, lizards and squirrels — and ask, What is life like from their eyes? How might it feel to move like they do? Eat like they do? Follow their routines? How much do they accommodate we humans as they go about their daily business?

It’s a refreshing mental break — and an exercise in empathy. While we can’t yet fully understand what it’s like to live in another body, we can start to notice the infinite ways of being and doing there are in our world. 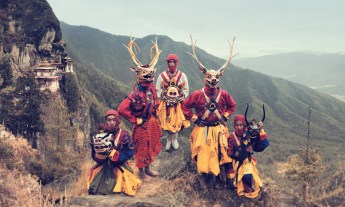