Who’s making the case for — and against — military drones? 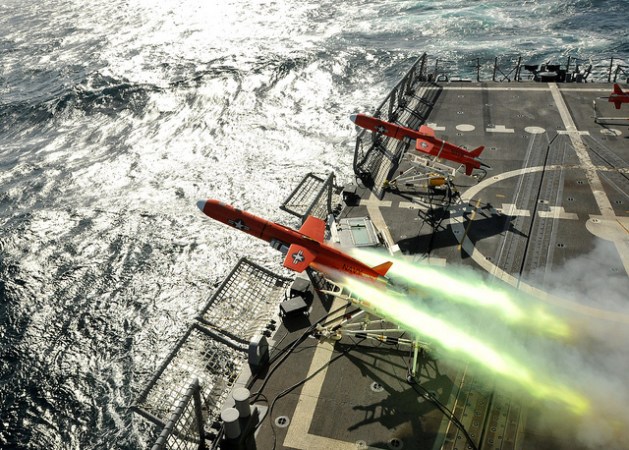 Unmanned aerial vehicles — that is, drones — have a lot of people (and entire countries) hot under the collar. Every few days it seems a new report comes out about the death of another group of “faceless” people, whether it’s suspected terrorist leaders or civilians. With little transparency from the governments launching drone strikes, that leaves speculation and debate to the watchdog organizations, foreign policy analysts, legal experts, media outlets and, of course, us opinionated regular folks. As with most major shifts in war tactics, the rhetoric can get convoluted. So where are we right now, and how did we get here? Here’s a quick introduction to the debate around military drone strikes.

The first known drone strike was on November 4, 2002, when a CIA missile launched from a drone killed six suspected al Qaeda members in Yemen. From 2004, drone strikes in Pakistan became a regular occurrence, and they have further increased in frequency under the Obama administration. In 2009, then-CIA Director Leon Panetta said of drone warfare: “Very frankly, it’s the only game in town in terms of confronting or trying to disrupt the al Qaeda leadership.” Estimates say that since Obama was sworn in in 2008, just over 2,200 people have been killed in Pakistan as a result of drone strikes, though the numbers are contested since the U.S. does not disclose this information. The most common targets of drone strikes are in Pakistan and Yemen, with a smattering in Somalia.

Why use drones? In a recent issue of Foreign Affairs Daniel Byman made the case for them: Very simply, they work. Drones have successfully disrupted al Qaeda training structures, and alternatives are too risky or unrealistic. Benjamin Wittes, who specializes in the legality of national security policy, summed up four of the major pro-drone arguments in a debate at the Oxford Union: They give operators a greater certainty of knowing who the target is; they allow them to choose exactly the right moment to kill, minimizing unnecessary deaths; they reduce the risk of military lives lost; and finally, they are the least of all evils. For Wittes, that means that at least sometimes, the use of drones is ethical and effective, and should not be ruled out.

Of course the problem isn’t only theoretical (although it is certainly also that, as Chris Cole pointed out in a rebuttal of Wittes’ argument that took on the ethics involved), but what actually happens on the ground. The rising drone-related death toll of civilians has entered the national consciousness; consider the October 2013 testimony by two Pakistani children regarding the drone-related death of their grandmother.

For many critics, the problem is actually one of governmental transparency. Cole, who runs the watchdog site Drone Wars UK, has detailed the glaring gaps in information in the UK’s drone policies. Similarly, Foreign Policy‘s Rosa Brooks emphasized the need for transparency to “fix the drone war.” And Audrey Kurth Cronin, taking on Byman’s Foreign Affairs piece, has challenged the efficacy of drones, arguing that they aren’t a good investment because they’re a non-strategic, short-term solution that doesn’t address the real problem: eliminating al Qaeda.

One of the most common arguments against the use of military drones is that they remove their operators from their decision to kill, lowering the threshold for violence and death. Drone operation has even been likened to playing video games. But one operator reported that he actually became more attached to his victims as he monitored their day-to-day lives. And then there’s Matthew Power’s recent gut-wrenching profile of former drone operator Brandon Bryant, which portrays Bryant’s shattered inner life following his service.

In May 2013, President Obama addressed “targeted killing” (in which suspected violent militants are identified as targets for drones). Obama’s speech seemed to many to signal the end of these so-called “signature strikes,” but others, such as Chris Woods, argued it’s not at all clear what Obama’s stance is going forward. In fact, as Lesley Clark and Jonathan S. Landay wrote, it actually seemed that Obama was suggesting he would expand targeted killings. Confusion abounds.