In his TEDGlobal 2013 talk, Fabian Oefner shares breathtaking images at the nexus of art and science, which beautifully capture unique moments of physical and chemical drama.

Formally trained in art and design, Oefner says that he has always been interested in science. Though he can’t pinpoint the exact moment when he became interested in pairing his two loves, he views both pursuits as inextricably linked by a crucial bond: “The most important quality of science or art is curiosity,” Oefner tells TED. “That’s what keeps me going and always finding something new.” 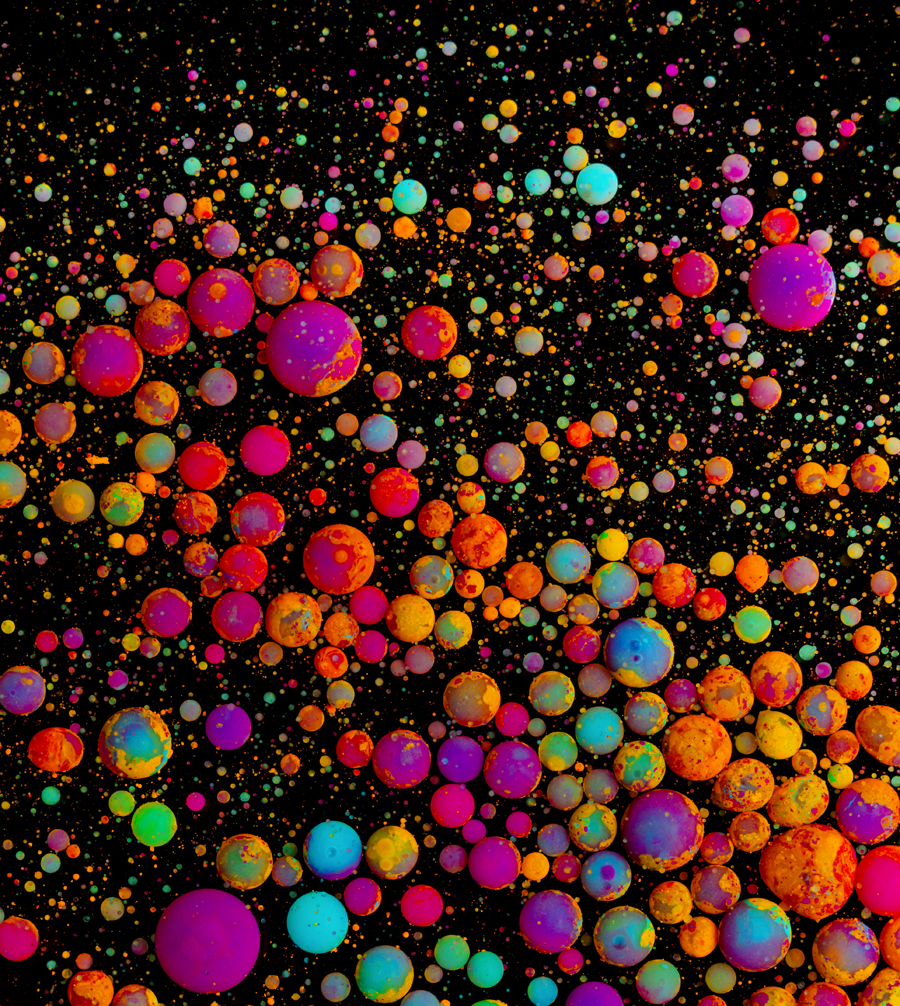 An unusual look at the properties of oil, as colorful marbles of oil paint float in a solution of water and methylated spirits. 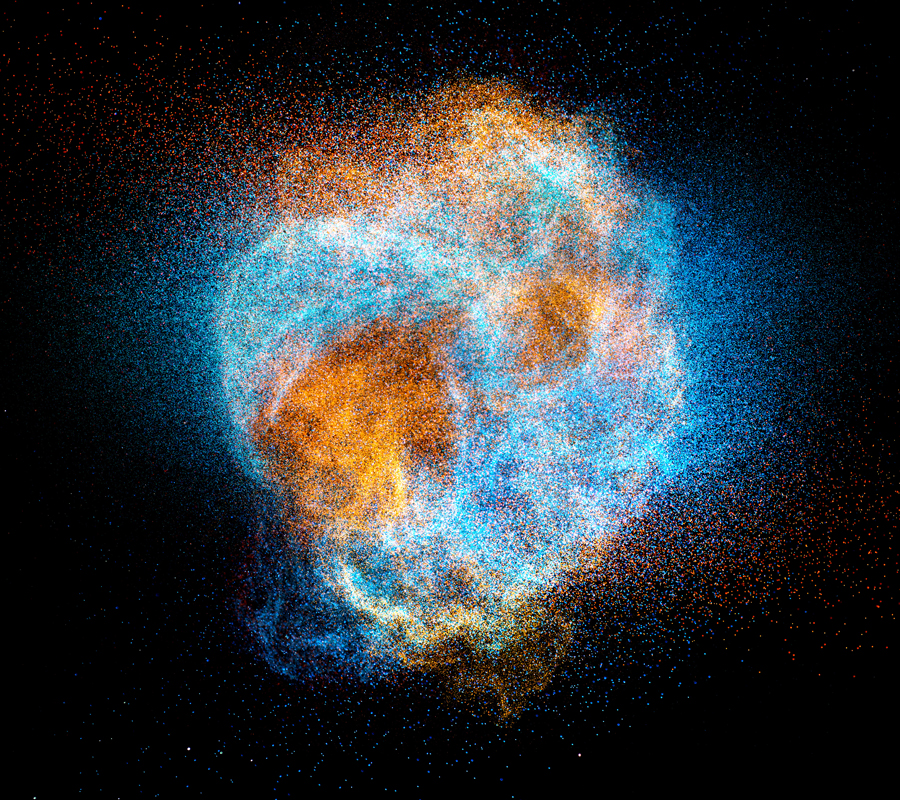 Tiny individual droplets of a liquid mixed with spray paint hang in the air for a fraction of a second, forming a scent sculpture. 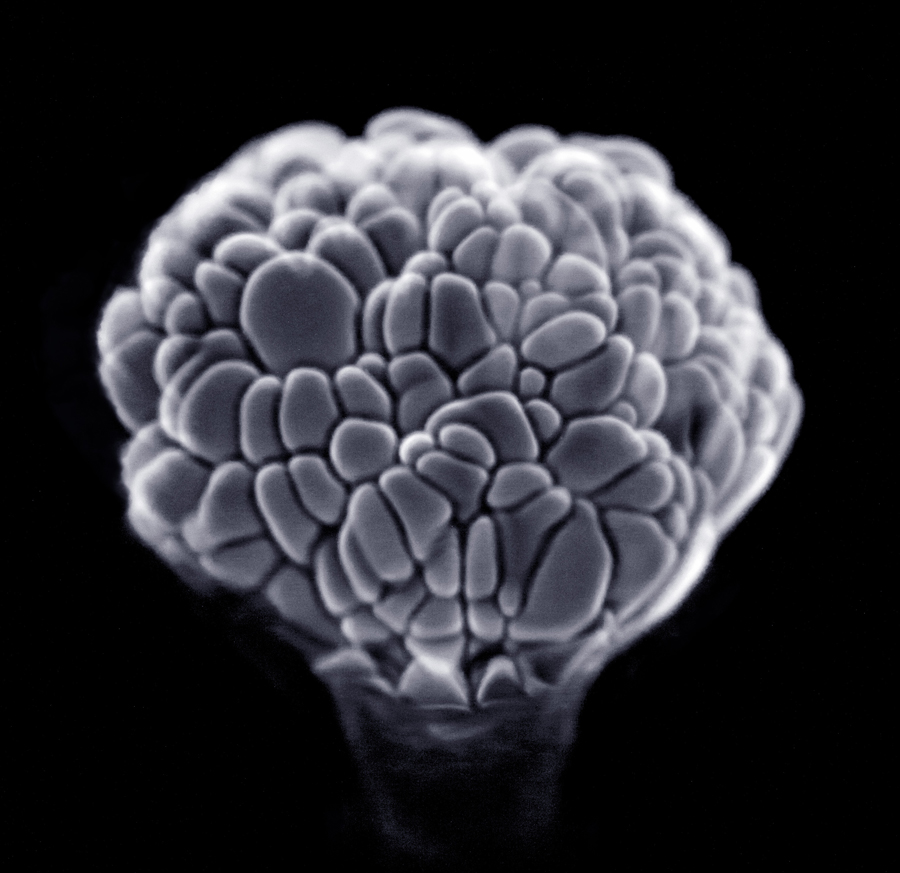 This image illustrates the combustion of alcohol. A flame is stopped in time as it travels through a glass bottle, containing whiskey and oxygen. More starting at 7:39 in Oefner’s talk. 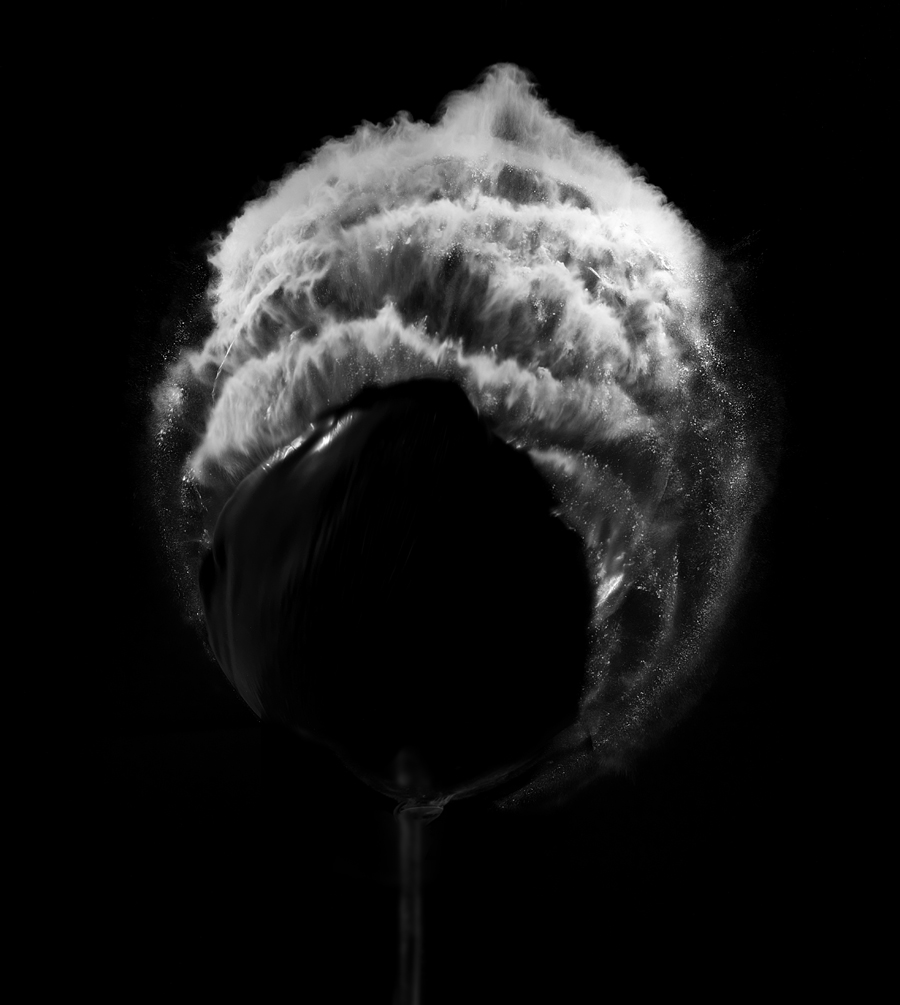 Powders can behave like fluids. Here, corn starch hangs in the air momentarily, retaining its shape, as the balloon surrounding it is popped. 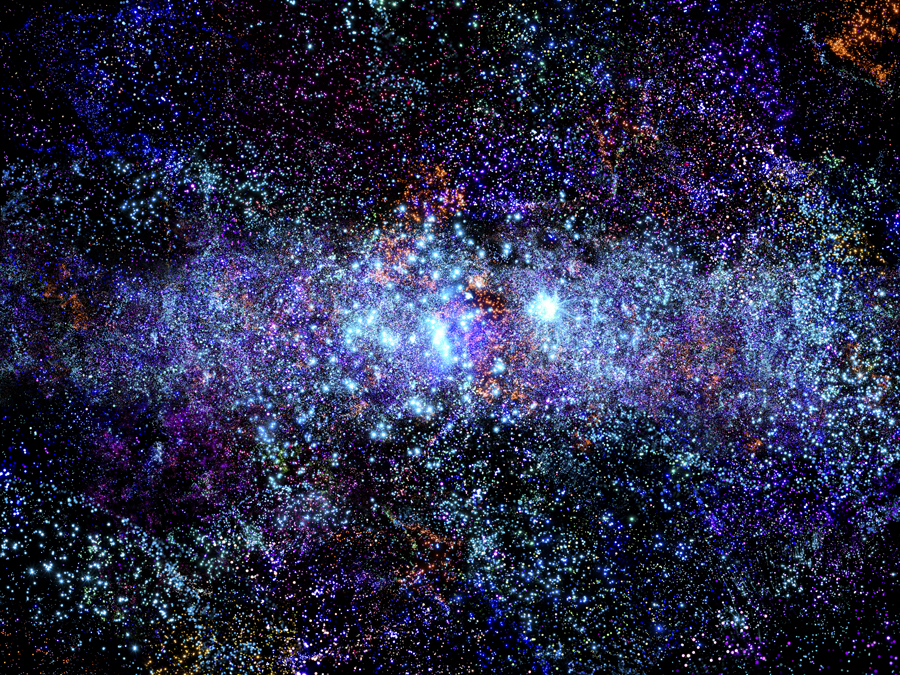 This is a $10 illusion of the universe. The glowing ends of a fiberglass lamp are swirled to create a likeness of stars and galaxies using long exposure photography. 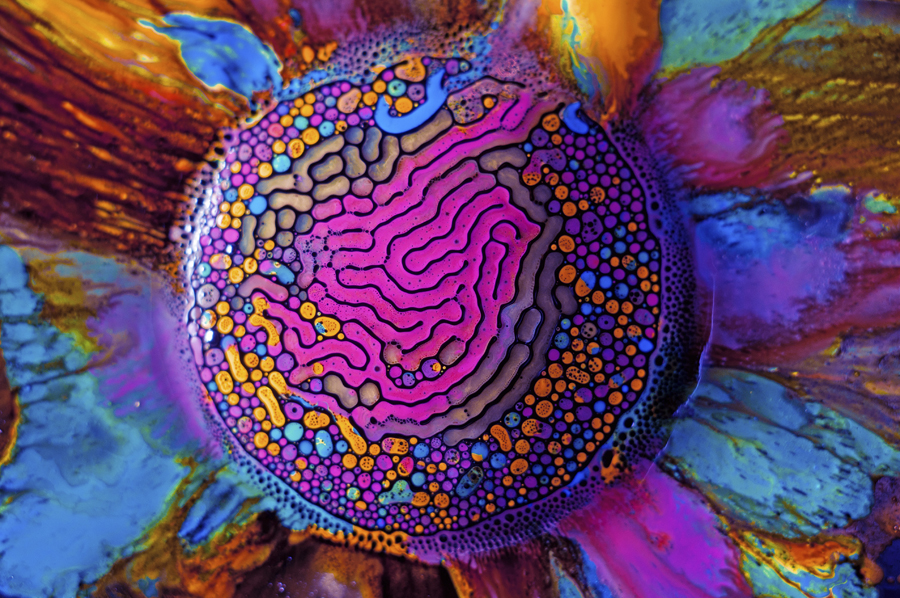 Ferrofluid is a magnetic, hydrophobic liquid that forms colorful curves and channels when deposited onto a magnet and injected with watercolor paints. More starting at 5:20 in Oefner’s talk. 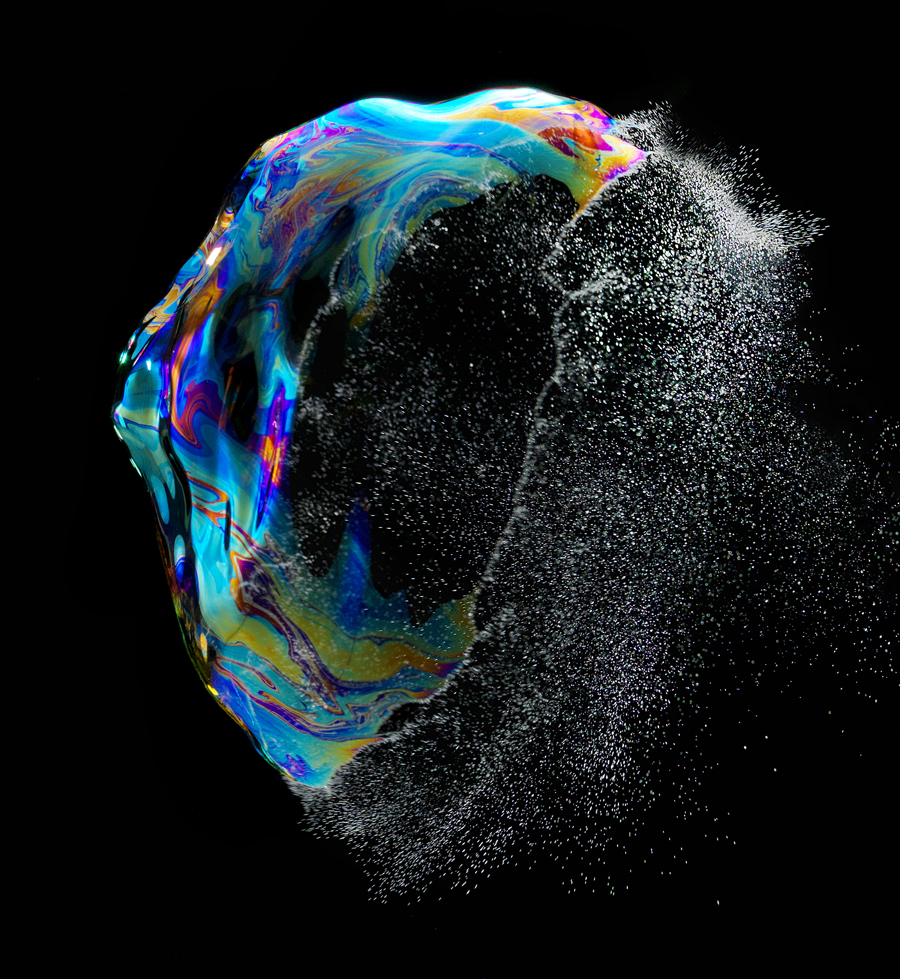 A floating soap bubble is captured at the moment it bursts, and surface tension is broken. 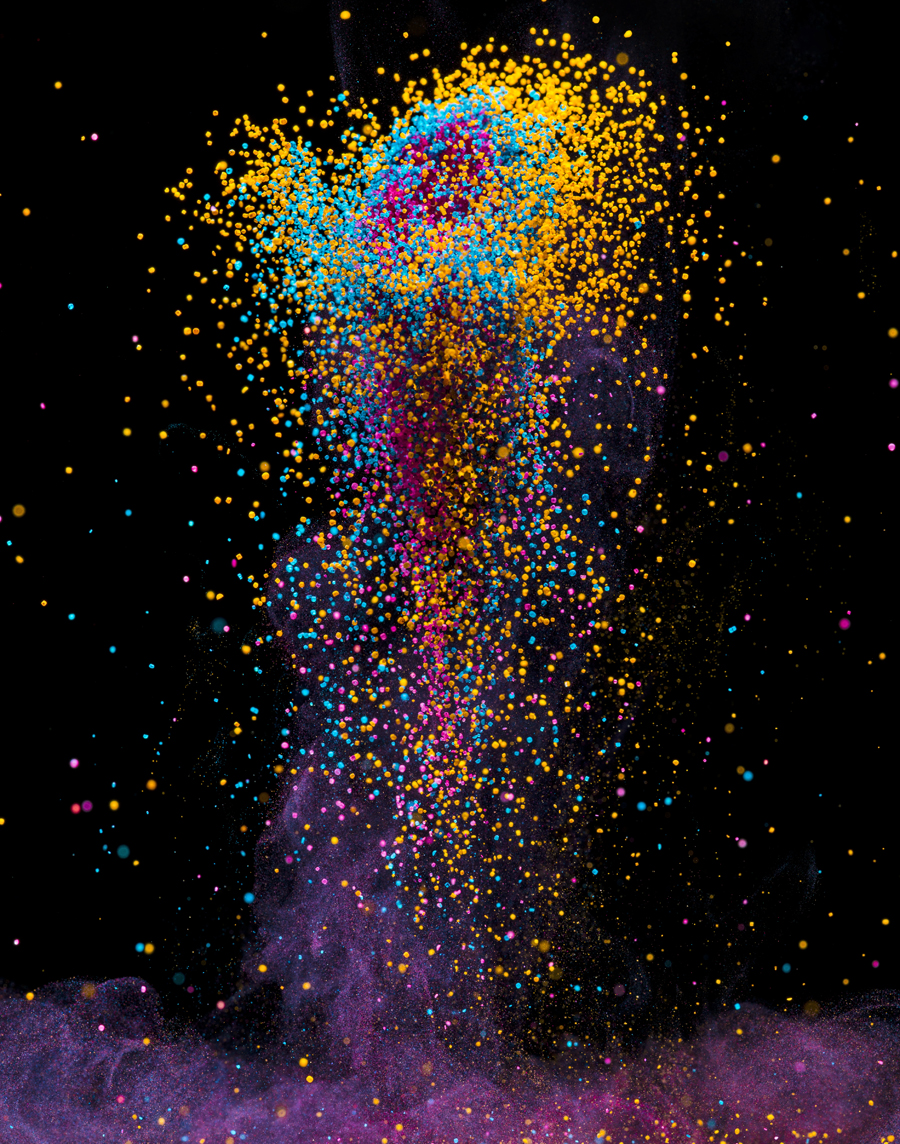 This is a visualization of sound. Colored crystals leap from the surface of a speaker as it emits sound waves. More starting at 2:13 in Oefner’s talk. 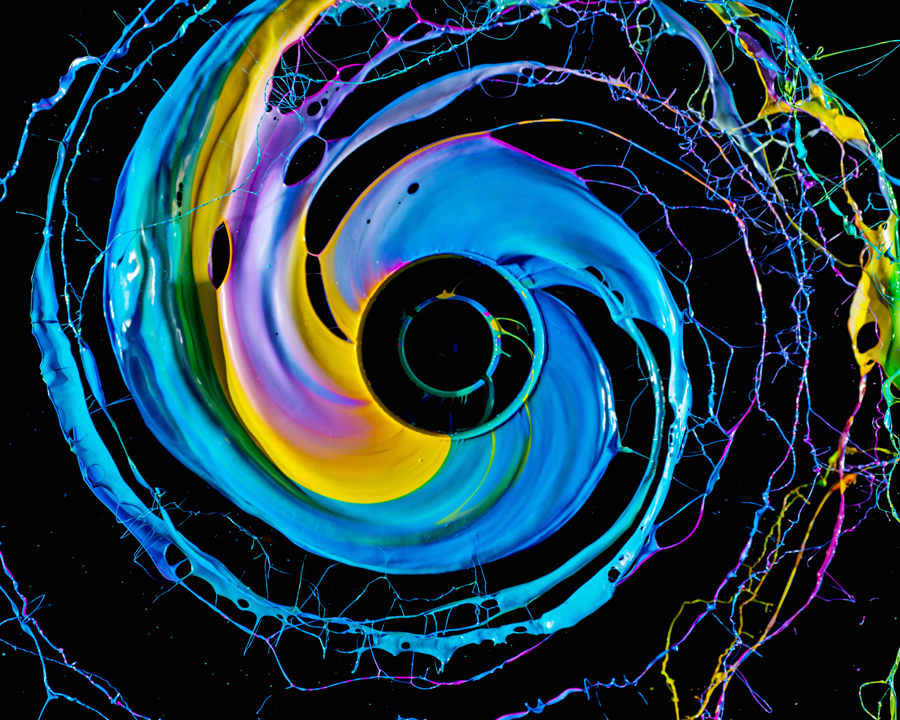 An illustration of centripetal force. Paint whirls outward from a metal rod attached to a spinning power drill. 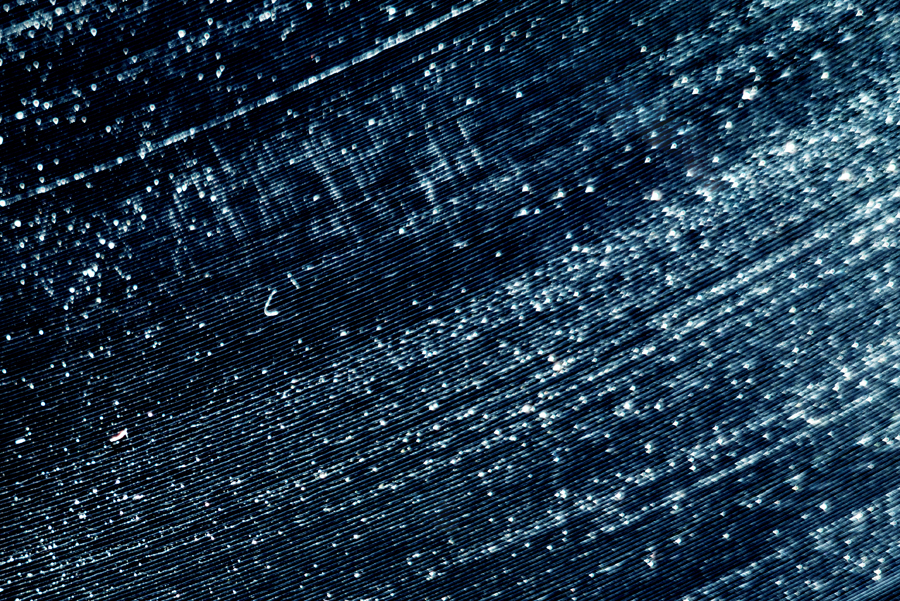 Light breaks at the grooves in the tracks of a vinyl record.

On the TED stage, Oefner demonstrates the science at work behind three of his photographs. As he explains his process, the mystical quality of the images gives way to understanding. But how important to him is it that the casual viewer of his artwork know the underlying scientific principles? Actually, not very. “I’m not too didactic about my work. If people just want to appreciate it for its beauty, that’s absolutely fine,” he tells us. “And if I present it without an explanation, people tend to come up with their own, which is often even more poetic.”

For an imagination-friendly, explanation-free viewing of Oefner’s work, watch the first 45 seconds of his talk. For viewers who’d rather forego the poetry in favor of learning, here are 10 close-up views of Oefner’s fascinating work – and, just as fascinatingly, how he made it. This gallery includes works from series both new and old (the first three are the examples featured in the talk), inspired by everything from scientific papers to household chores.

Morton Bast comments, proofreads, fact-checks, moderates, reads, writes and reasons for TED.com. She has a B.A. from Washington University in St. Louis, a thirst for knowledge, and a medium-sized collection of Hello Kitty paraphernalia. She is also a New Yorker, for which there is no known cure.