A science fiction and fantasy reading list for teen creativity 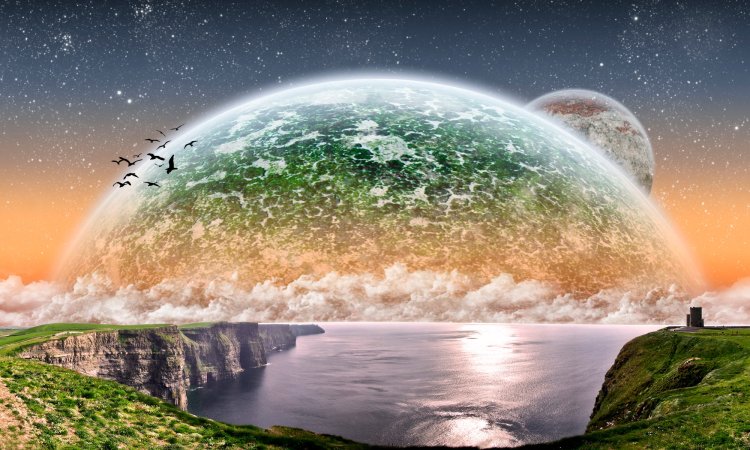 The “app generation” struggles with creative writing — as a new study shows, they’re turning into realists. Here’s a mini summer reading list that might inspire some wild thinking.

Creative writing is part of being a kid. Writing and reading goofy stories of lost kingdoms and Mars colonies helps the imagination grow strong. But a recent study uncovers an interesting, perhaps even dismaying trend: this generation of kids seems to prefer narrative realism when they write.

In a study published earlier this year in Creativity Research Journal, researchers at the Harvard Graduate School of Education and the University of Washington asked the question, “How have the style, content and form of adolescents’ art-making and creative writing changed over the last 20 years?”

To answer that, researcher Emily Weinstein and her co-authors, including Katie Davis, co-author of The App Generation (and a speaker at this week’s TEDSalon in Berlin), examined two distinct eras of teenage self-expression for the traditional hallmarks of creativity, such as originality, complexity and sophistication. After analyzing 354 visual artworks and 50 fiction stories, from two separate time periods, 1990-1995 and 2006-2011, there’s good and bad news.

The good news? Adolescent visual proficiency has improved. The bad news: teen creativity and technical skill in writing has declined. Instead of imagining Martian neighborhoods, the App Generation has been describing their own summer plans.

What’s behind this curve? From the study:

“The observed domain changes could undeniably be the result of any number of societal changes over the period of interest. Two changes highlighted by Kim (2011), however, may be particularly relevant to high school students’ experiences and their creative expression: the increase in digital media technologies and the rise of standardized testing in schools.”

This is a small study, but if it inspires you to think about how to green the imagination of the kids and teens you know, may we suggest this option: Read and share fiction that sparks wonder and possibility. And to this writer, that means genre fiction: science fiction and fantasy that pulls you out of narrative realism and into a world of possibility. If you already love science fiction and fantasy, I encourage you to plant seeds of inspiration by sharing your favorite authors with a teenager or young person you like. (And if you don’t think you like genre fiction, the authors excerpted below may change your mind.) Below, 6 stories worth sharing.

The Veldt, by Ray Bradbury

Why you’d want to give this to a teen: Ray Bradbury dreamt up the Internet of Things long before Nest thermostats entered our homes. Bradbury is a reliable source of creative inspiration; this story is a classic introduction to his work.
Excerpt: “The nursery was silent. It was empty as a jungle glade at hot high noon. The walls were blank and two dimensional. Now, as George and Lydia Hadley stood in the center of the room, the walls began to purr and recede into crystalline distance, it seemed, and presently an African veldt appeared, in three dimensions, on all sides, in color reproduced to the final pebble and bit of straw. The ceiling above them became a deep sky with a hot yellow sun.”

The Specialist’s Hat, by Kelly Link

Why you’d want to give this to a teen: Everyone loves a good scary story, right? This one definitely fits the bill. Warning: Not bedtime reading, at any age.
Excerpt: “’When you’re Dead,” Samantha says, “you don’t have to brush your teeth.’ ‘When you’re Dead,” Claire says, ‘you live in a box, and it’s always dark, but you’re not ever afraid.’ Claire and Samantha are identical twins. Their combined age is twenty years, four months, and six days. Claire is better at being Dead than Samantha. The babysitter yawns, covering up her mouth with a long white hand. ‘I said to brush your teeth and that it’s time for bed,’ she says. She sits cross-legged on the flowered bedspread between them.”

Escape From Spiderhead, by George Saunders

Why you’d want to give this to a teen: Everything George Saunders writes—including his beautiful 2013 commencement speech—exudes a deep empathy that both discomfits and draws us closer to our fellow humans. This genre-bending tale is no exception.
Excerpt: “He added some Verbulace [tm] to the drip, and soon I was feeling the same things but saying them better. The garden still looked nice. It was like the bushes were so tight-seeming and the sun made everything stand out? It was like any moment you expected some Victorians to wander in with their cups of tea. It was as if the garden had become a sort of embodiment of the domestic dreams forever intrinsic to human consciousness. It was as if I could suddenly discern, in this contemporary vignette, the ancient corollary through which Plato and some of his contemporaries might have strolled; to wit, I was sensing the eternal in the ephemeral. I sat, pleasantly engaged in these thoughts, until the Verbulace [tm] began to wane. At which point the garden just looked nice again. It was something about the bushes and whatnot? It made you just want to lay out there and catch rays and think your happy thoughts. If you get what I mean. Then whatever else was in the drip wore off, and I didn’t feel much about the garden one way or the other.”

The Last Man, by Mary Shelley

Why you’d want to give this to a teen: Female science fiction writers were uncommon in the 1800s—and usually panned. Best known for Frankenstein, Mary Shelley also wrote this fable, set in 2073. It immediately went out of print until 1965.
Excerpt: “England had been the scene of momentous struggles, during my early boyhood. In the year 2073, the last of its kings, the ancient friend of my father, had abdicated in compliance with the gentle force of the remonstrances of his subjects, and a republic was instituted. Large estates were secured to the dethroned monarch and his family; he received the title of Earl of Windsor, and Windsor Castle, an ancient royalty, with its wide demesnes were a part of his allotted wealth. He died soon after, leaving two children, a son and a daughter.”

Why you’d want to give this to a teen: In this futurist game of Diplomacy, Africa wins. A (mostly utopian) vision of Earth in the future.
Excerpt: “For all that Eunice’s death hit the family hard, it wasn’t long before she was shunted from the headlines. A simmering sex/vote-rigging scandal in the Pan-African Parliament, a dispute between the East African Federation and the African Union about cost overruns on a groundwater bioremediation programme in former Uganda, a stand-off between Chinese tecto-engineers and Turkish government mandarins concerning the precise scheduling of a stress-management earthquake along the North Anatolian fault. On the global scale, continued tensions between the United Surface Nations and the United Aquatic Nations regarding extradition rules and the extent of aug access rights and inter-regional Mechanism jurisdiction. Talk of expanding the scope of the Mandatory Enhancements. A murder attempt in Finland. Threat of industrial action at the Pontianak space elevator in western Borneo. Someone in Tasmania dying of a very rare type of cancer, something of a heroic achievement these days. Only at the household, only in this part of the East African Federation, had the clocks stopped.”

Your Mother and I, by Dave Eggers

Why you’d want to give this to a teen: After A Heartbreaking Work of Staggering Genius made him a bestselling memoirist, TED Prize winner Dave Eggers went on to co-found 826 Valencia, create ScholarMatch, and start McSweeney’s—among other world improvement projects. He also kept writing. Below, an excerpt from one of his more utopian stories.

Excerpt: “It was all pretty simple, converting most of the nation’s electricity. At a certain point everyone knew that we had to just suck it up and pay the money—because holy crap, it really was expensive at first!—to set up the cities to make their own power. All those solar panels and windmills on the city buildings? They weren’t always there, you know. No, they weren’t. Look at some pictures, honey. They just weren’t. The roofs of these millions of buildings weren’t being used in any real way, so I said, Hey, let’s have the buildings themselves generate some or all of the power they use, and it might look pretty good, to boot—everyone loves windmills, right? Windmills are awesome. So we started in Salt Lake City and went from there.”

Now, it’s your turn to nerd out. Who are your beloved science fiction and fantasy authors? Jump into our Facebook thread to add your picks. 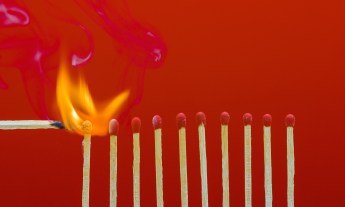 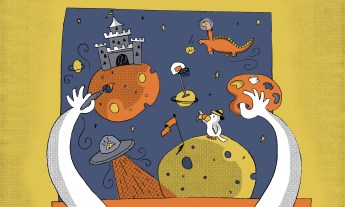